No child will come out of my vagina: a non-reproductive story | JEEM
Skip to main content 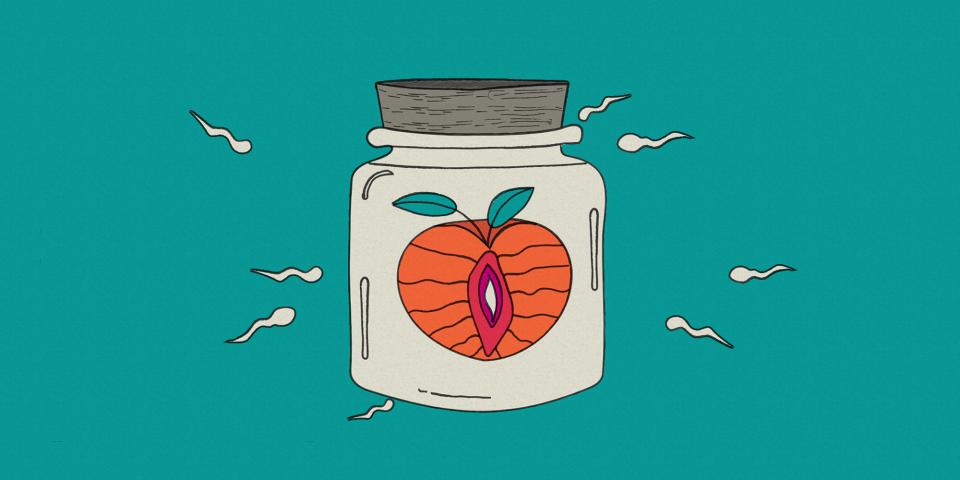 No child will come out of my vagina: a non-reproductive story

I want to confess something that has become, I have to admit, a source of anxiety for me. I am tired of trying to convince people that I do not want to have children under pressure and according to the dictates of society

My partner and I have been together for nine years, including five years of marriage. Our love has never been concerned with social codes, built as it is on freedom — that’s the reason for its “success.” We chose not to have children. That’s where this story begins. By tradition, marriage is socially considered to derive its legitimacy from the act of reproduction. I understand that most people will find our decision, therefore, difficult to understand.

My partner and I differentiate between marriage and reproduction. Getting married does not automatically produce children. We see no wisdom in the popular saying that ““those who procreate never die”. Death is a basic truth that does not change with the presence, or absence, of offspring.

Our decision devastated our families. They cannot comprehend how this decision can be made by two sane people. The issue was more pressing and problematic earlier in our married life. Some people would go as far as touch my belly while asking the question – a common  gesture in Tunisian popular culture. The family’s behavior cannot be understood without the pressure exerted by social circles. It is very common for a conversation to begin with the question: “Your son/daughter/neighbor, etc…do they have children?” Saying no is a source of great embarrassment as it will be assumed that the person in question is infertile, even when it’s a personal choice.

The same goes for our “progressive” friends. We noticed, after a while, that their questions became less pressing. They probably assumed that we suffered from a health condition that made us infertile; maybe they even pity us. To be honest, this was a relief for us: it spared us the questions about marriage-procreation syndrome. My partner and I joke about it now. To their minds, a sexual relationship cannot be pleasurable in and of itself if the woman’s womb remains “empty.” I remember once asking my mother to tell our relatives that I’m “barren,” just to put an end to the questions. She was shocked, poor thing, she almost cried.

It has become, I have to admit, a source of anxiety for me. I am tired of trying to convince people that I do not want to have children under pressure and according to the dictates of society. I reject all prejudice and stereotypes against and about women. A woman who refuses to have children should not be perceived as sick or incapable, nor should she be called “barren.” There is such a thing as free will. Thousands of women exercise it, rather than succumbing to the oppressive dictates of society.

The institution of marriage loses its social legitimacy when one of the partners cannot procreate due to a health condition. Without children the stability of the marriage is at risk of crumbling.  The ominous shadow of “infertility” looms over the partners, a stigma that haunts them forevermore. The woman will now be denied her femininity, she becomes a second-class woman because she cannot prove to be a good mother. The man will be denied his “virility”. Then come pity, gossip, and hurtful words – if not insults.

Since we live in a patriarchal society whose customs and traditions are built on affirming male hegemony, the burden of childlessness falls usually on the woman.

She will be harassed by those closest to her, not out of concern for her maternal instincts, but rather for the sustainability of the marriage. It is a form of automatic internalization of the concept that the family does not meet the necessary requirement without children, therefore,  it must be on the verge of collapse.

As a result, many women seek medical interventions, even if their chances of giving birth to a child are slim. To gain others’ approval, they exhaust their bodies with medications, injections, and surgical interventions. When science and medicine fail them, some resort to sorcery. They visit a shaman to get a bundle made out of sheep wool, wrapped in string, with fenugreek seeds embedded in it. They insert it into their vagina and tie the string around their thighs, leaving it inside overnight. Or the shaman may recite some charms on an item of their clothing, prepare an amulet with it, and ask them to wear the talisman for their visit to the hammam. Similar rituals are prescribed for a woman looking to find a husband,  reinforcing the assumed  link between marriage and procreation, a historical connection  that can be traced back to the gods of marriage and fertility such as Frigg1 and Hathor2.

That might lead us to believe that every woman is entrusted with the historical mission of perpetuating the human race. All religions consecrate fertility. In the Quran, for example, we read the following: “And those who say: ‘Our Lord, grant us from among our wives and offspring comfort to our eyes and make us an example for the righteous.’” (Q. Al-Furqan 74)  In the Bible we read the following: “And God blessed them, and God said unto them: Be fruitful, and multiply, and replenish the earth, and subdue it” (Genesis 1:28). This textual emphasis on marriage and procreation essentially reflects the attempts of a group, whether ethnic or sectarian, to perpetuate itself.

This special concern with fertility made the institution of marriage a prerequisite for procreation, and imbued it with a hallowed air. Anything else is necessarily a desecration. If a woman has a child out of wedlock, her family will wish she was born without a womb. This rogue child that strayed  away from the political, legal, statutory system and the divine cosmic order for “Allah knows what every female carries and (He knows) what the wombs miscarry and what they nourish and help to grow. He has the (proper and fixed) measure of everything.” (Ar-Ra’d 8) Marriage is seen as the foundation, reproduction the goal, in order for the conditions of a nuclear family to be met. It is the “natural” framework for  its members to interact “correctly” with other social institutions, which “facilitates the function of social upbringing and psychological balance.”3 This is the “collective conscience” with which individuals are formed, and4 based on the person’s gender, the representation, and thus classification, of the unmarried or childless woman is far worse than that of the man in the same situation.

In her biography, while questioning her relationship to men, love, and sex, Simone de Beauvoir wrote: “At times, I asked myself whether the whole of my happiness did not rest upon a gigantic lie,”5. The question that remained without answer. It’s a question that every woman can ask herself when it comes to marriage and procreation. This dual concept has been prepared for her since childhood. A concept that becomes ingrained in her mind as if it were self-evident, the essence of her being and her ultimate happiness.  There is, however, an intricate power structure perpetuating the belief that the role of women is to bring up a father/husband/son/society, and to each power structure its tools of oppression, setting conditions, standards, and values that restrict the behavior of women. Is the idea of happiness within the marriage institution  itself built upon a gigantic lie? Do women undergo a biological transformation if they don’t bear children? Certainly not, a woman without children remains as much a woman as any other. I am a woman, and since I am in charge of my life, no child will come out of my vagina. 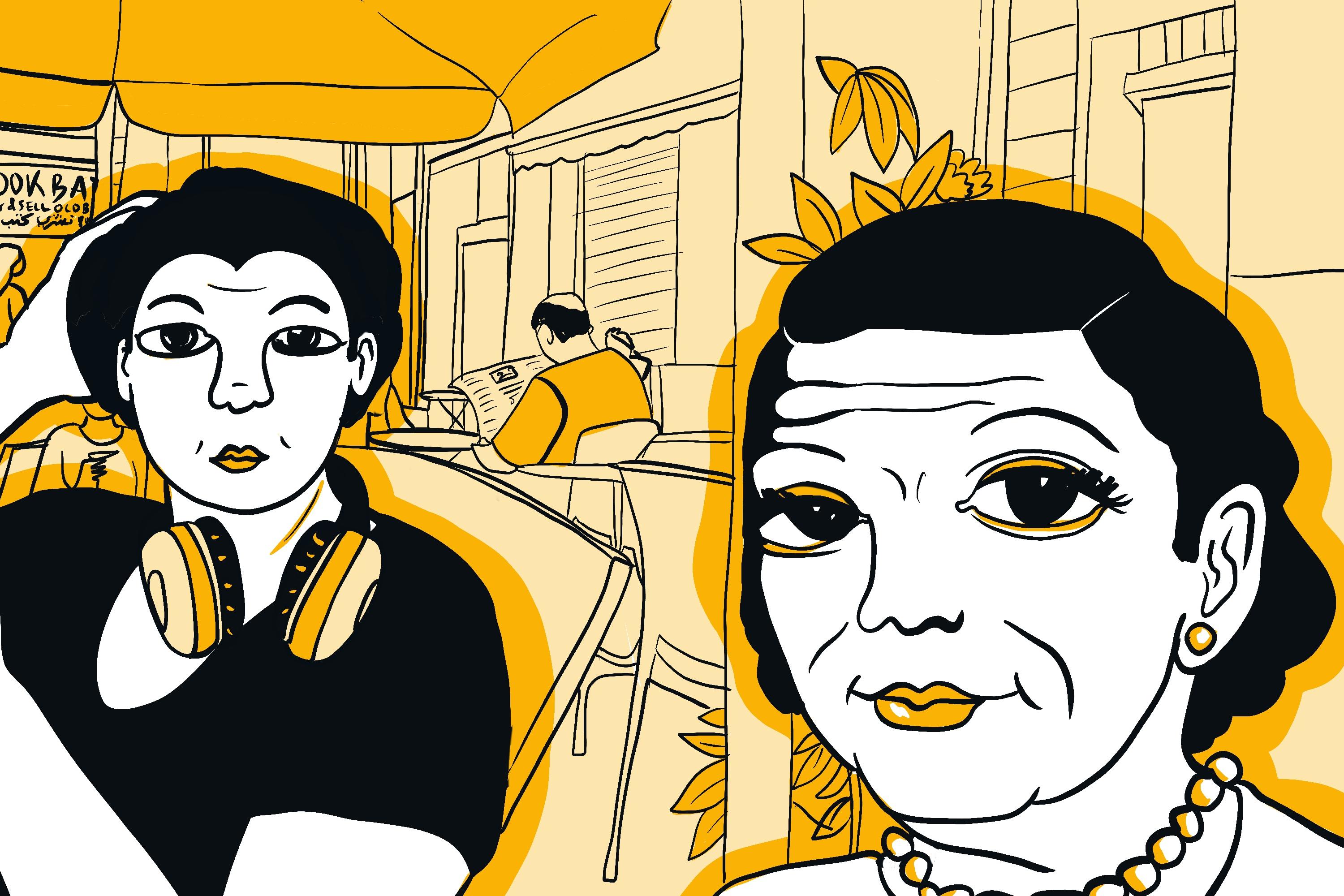 Revolution in My 40s: The Hot Bod

Marriage at 19: When Patriarchy Clouds Your Judgment