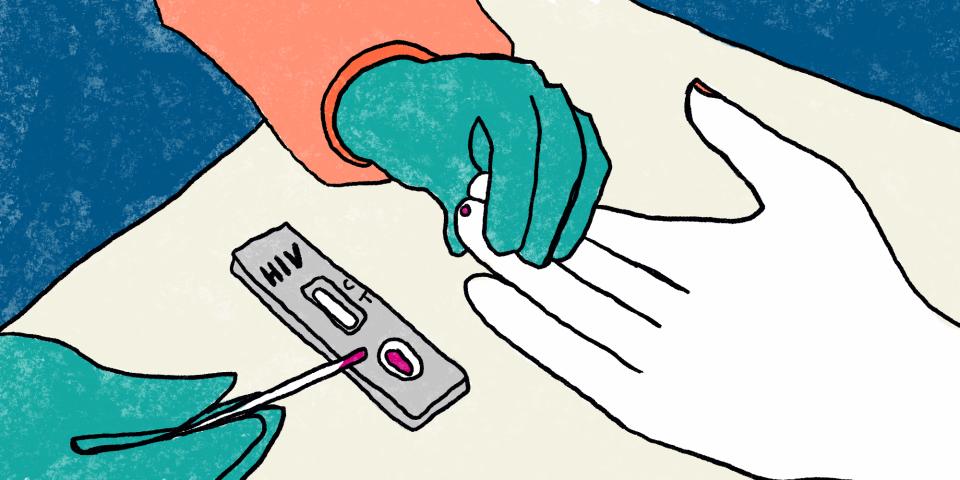 “Where Does AIDS Come from?”: The Untold Story of the AIDS Epidemic

Ahmed Awadalla traces the uncommonly told history of AIDS to Berlin, where an event that changed the course of history took place: the 1884 Berlin Conference.

Wearing a white T-shirt adorned with a red ribbon, I stood in front of a class of teenage students to conduct a sex education workshop at a Cairo school. A student hesitantly raised his hand to pose a question: “Where does AIDS come from?” It is a question laden with various meanings: it either inquires about the virus’s origin or its mode of transmission. Instead of asking for clarification, I channeled the question to his classmates. I wanted to explore their knowledge and beliefs. “From monkeys,” one student said. “Someone in Africa had sex with monkeys, then humans got the virus,” he explained. This question wasn’t a single occurrence. It endured in other workshops albeit with different answers. Years later, when I moved to Germany, I would encounter similar, yet slightly different views. “HIV arose because Africans eat monkeys,” said a white girl with blue eyes at a sex education session in Berlin.

When the COVID-19 pandemic hit in 2020, it was called the Chinese virus,1 likewise attributing its emergence to strange eating habits such as bat eating. Within epidemic education efforts, an emphasis is placed on modes of transmission, prevention methods, and possible treatment options. With time, it became clear to me that something was lacking in how we talk about epidemics. It is said that history repeats itself because we learn little about it, which could be true. Considering these historical and social factors, it becomes salient to examine the historical, socio-cultural and political life of disease, to be better equipped to face this ever-recurring prospect.

Another History of Epidemics

The widely known story of AIDS goes back to the early 1980s when it appeared in the USA. Due to its initial discovery among gay men, it was called the gay plague. Gaëtan Dugas, a Canadian flight attendant was identified as patient zero, and was framed as a reason for spreading the virus across the world. These claims were later refuted and so I trace the uncommonly told history of AIDS to Berlin, where an event that changed the course of history took place: the 1884 Berlin Conference.

The German and Belgian colonization of West Africa in particular, respectively of Cameroon and Congo, and their practices there served as the backdrop of the emergence of the HIV epidemic

Prior to the 19th century, Europe already controlled coastal Africa and operated the transatlantic slave trade. Following the age of exploration which revealed the wealth of the African continent in natural resources, and spurred by industrial revolution’s technological advances, European imperial powers convened in Berlin to slice the African continent like a piece of cake.

This marked an unprecedented move deeper into the continent, causing massive disruption to the African way of life and to the natural landscape. The German and Belgian colonization of West Africa in particular, respectively of Cameroon and Congo, and their practices there served as the backdrop of the emergence of the HIV epidemic.2

The Conference promised to “civilize” Africa. In reality, it meant a massive scale of murder, forced labor and displacement. Relations among the colonized populations were reconfigured, partly due to interferences in marriage and reporduction traditions based on colonial sexual imagineries. Urban centers served political and trade interests. These centers often included brothel quarters to serve soldiers and industrial workers.3

The landscape was engineered according to colonial interests to support the extraction of raw materials. A network of trading paths was constructed, deploying traffic technologies, cutting through the forest and operating steamboats over water surfaces. Within this new context in Africa and the Central African rainforest, the crossover of the virus from animal to human form took place.

It is not uncommon for viruses to jump from one species to another. In fact, most human viruses were obtained from other animals, as humans come in contact with wildlife and livestock.4 It is estimated that the HIV virus jumped from chimpanzees to humans in southeast Cameroon and traveled down the Sangha river into the Congo basin around 1908. Kinshasa, formerly known as Leopoldville, was later revealed to be the first city affected by the HIV epidemic, before its discovery in the Western world. Given the relative difficulty in its transmission and its slow progress, it is possible that the virus would not have developed into a full-blown epidemic, if it wasn’t for the ripple effect stirred by the Berlin Conference.5

In this light, relegating the emergence of epidemics to eccentric food choices and/or sexual behaviors becomes absurd. Instead, we need to pay closer attention to how a different set of human choices in the modern world are complicit in facilitating outbreaks. Smallpox carried by Spanish colonizers caused a major loss in the native population of the Americas. The Spanish Flu killed 50 million people in relation to the First World War and the transportation of soldiers from one location to the next. Furthermore, disruption in biodiversity, in the form of deforestation and wildlife trade, contributes to a higher likelihood of viral outbreaks.

New modern treatments make HIV a manageable, non-transmittable condition. However, Africa remains the most affected continent by AIDS-related deaths, as unequal access to treatment hinders progress. Such disparities illustrate how political and economic interests shape the global responses to epidemics.

At the beginning of the COVID-19 pandemic, French doctors suggested on a TV show the prospect of testing a vaccine on people in Africa, prompting an uproar. The idea of using African people as laboratory subjects for medical aims is a reverberation of one the insidious aspects of colonialism. The practice of unethical and nonconsensual medical experiments permeates the history of medicine, with tests carried out on racial minorities, prisoners and sex workers. This prompts us to question the ostensible benevolence of medical sciences, and in turn its translation into policy.

The domain of public health continues to be mired in power dynamics, based on white, capitalist, and patriarchal understandings. Epidemic control policies can manifest themselves through acts of exclusion or discrimination, implicit or explicit, while reproducing hierarchies of power across gender, class, race, and sexuality, nationality, etc. This creates a feedback loop where discriminatory policies against minorities lead to greater vulnerability and the spread of infectious diseases. In other words, the vulnerable are reframed as a threat and are left without holistic forms of treatment. Looking at the history of AIDS provides us with many examples of the power dynamics existing in public health that illustrate this point. In the name of HIV prevention, blanket rejection of blood donations from men who have sex with men and the criminalization of HIV transmission are policies which were introduced in several countries around the world. Such discriminatory policies, still in place today, are rooted in bias rather than science, and disproportionately affect marginalized communities.

The association between migrants and racial minorities with disease-related fears is a well-known trope. This informs problematic public health policies such as visa and travel restrictions for people living with HIV. According to UNAIDS, 48 countries still have restrictions that include mandatory HIV testing and disclosure as part of requirements for entry, residence, work, and/or study permits. In some cases, non-nationals could be deported on the grounds of their HIV status. Those restrictions, criticized as human rights violations, are based on the dangerous and misleading idea that people on the move spread the virus.

The domain of public health continues to be mired in power dynamics, based on white, capitalist, and patriarchal understandings

Several countries are beginning to repeal these discriminatory policies, as a result of recognizing that providing universal access to healthcare services as the way forward and the guiding principle to epidemic control policies.

The Dance between Culture, Science and Politics

Before bacteria and viruses became visible thanks to technological advancements, humans have always tried to decipher and understand the nature of disease. Older theories pointed to imbalances in humors of the body or in food consumption. Diseases were understood as punishment for impurity or sin. In other cases, it was understood as a test for humans’ belief in God. Despite medical progress, these ideas continue to take hold in a conglomeration of scientific facts and pseudoscience. Such is the case with the stories I heard about where AIDS came from.

Reflecting on a statement like “in Africa, someone had sex with monkeys,” not only constructs a racial other, but also a sexual other, deviant and perverted. The stigma behind sexually transmitted infections is rooted in society’s deep discomfort with non-normative, non-procreative, and non-monogamous sexualities. This line of thinking underpins the tenacious cultural belief of disease as punishment, which feeds the stigma around sexually transmitted infections.

Writing on AIDS, the cultural theorist Paula Treichler engages with such cultural beliefs to show how certain interpretations take hold over others, proliferating myths around the disease. From the belief that AIDS is God’s punishment all the way to the view that AIDS is a CIA plot to destroy subversives, she traces more than 30 stories about HIV to illustrate her point.6 She argues that AIDS is a discursive construct around which meanings proliferate. “AIDS is more than an epidemic disease,” Treichler writes. “It is an epidemic of meanings.”7 Put differently, the stories we tell about epidemics reflect our ideologies, worldviews and biases.

The stigma behind sexually transmitted infections is rooted in society’s deep discomfort with non-normative, non-procreative, and non-monogamous sexualities

Instead of merely focusing on ignorant masses, Treichler turns her eye on establishment science and how media translates its messages, pointing out that bias permeates knowledge production within both biomedical and social sciences. These remarks invite us to a closer inspection of the reciprocal friction between culture and science, and subsequently how they are translated into policies. To address epidemics, we must reassess our relationship with nature, with science and with the other.

Epidemics are frightening and humbling events, yet we may find comfort in learning their history. Faced with threats, we respond with denial, minimization, or blame. Military language is deployed in response to an epidemic. “Efforts to reduce mortality from a given disease are called a fight... a war,”8 noted the prominent thinker Susan Sontag, which she believes is done to further stigmatize the experience of disease, itself a part of having a body, of life. Instead of such military language, we need responses that adopt the principles of empathy, care and mutual respect.

Ahmed Awadalla is a writer, educator, and psychosocial counselor based in Berlin. Through various interventions and approaches, Awadalla's work has focused on the intersections of health, sexuality, gender, and (forced) migration across Egypt and Germany. 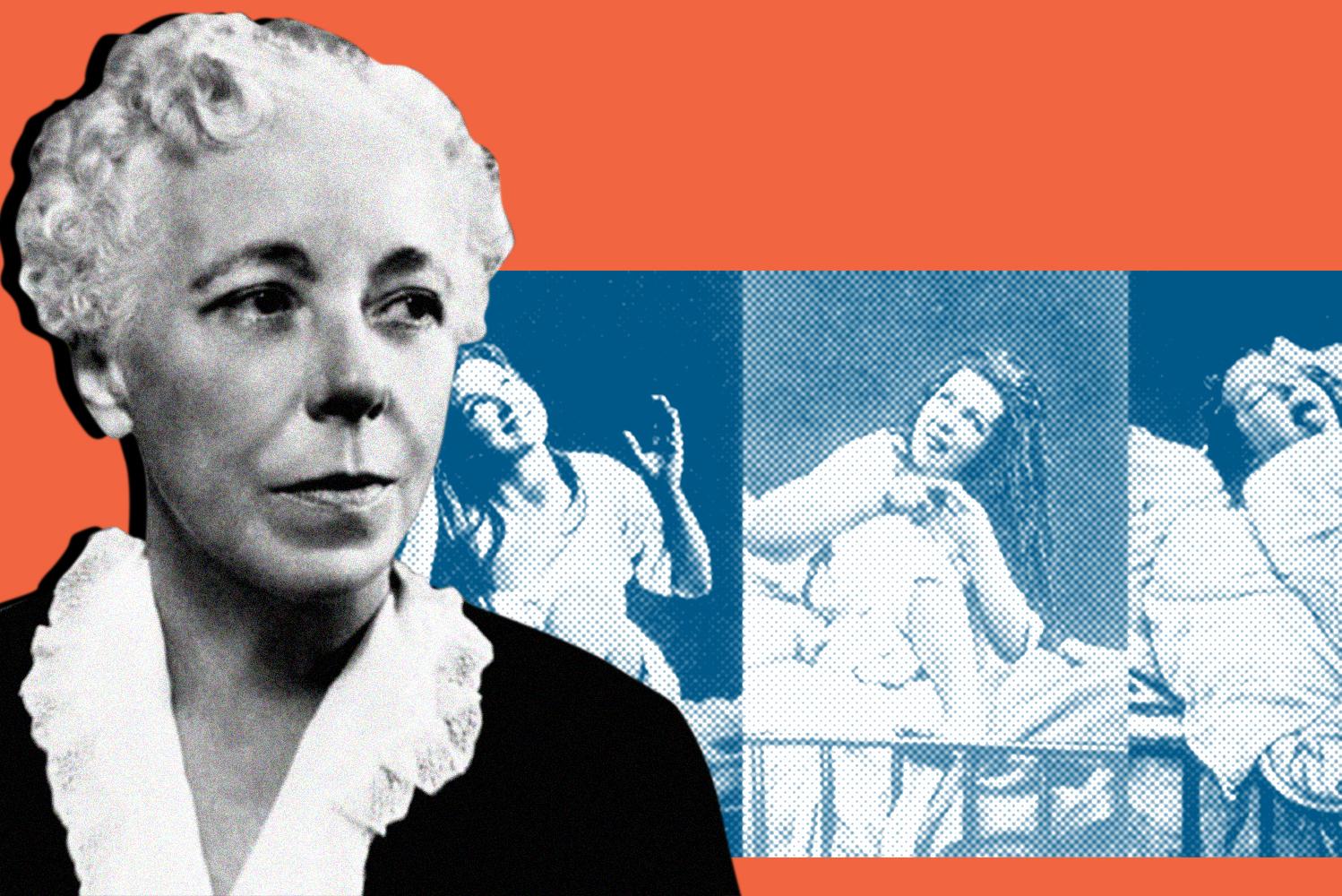