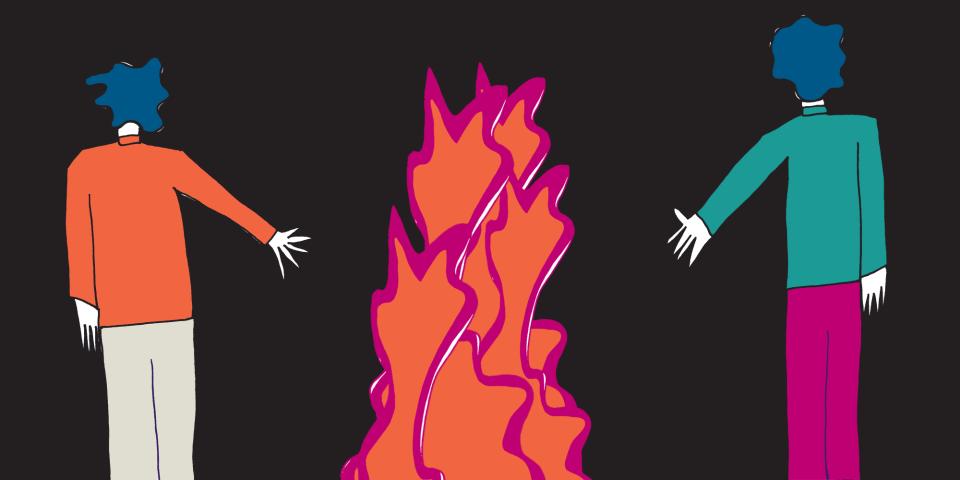 Love in the time of defeats

How has the political upheaval in the region affected our intimate relationships — and our very perception of love?

I started wondering, some years ago — alone, and occasionally in conversations with others — about the romantic relationships that were alive during the 1948 Palestinian Nakba (‘Catastrophe’). What happened to them? And, beyond that, what kind of impact did historical events such as the Nakba, and the Naksa (‘Setback’) of 1967, have on individual lives? This is an element that I feel has been missing from the public conversation about the fates of these nations, forced exodus, diaspora, and so on. How did these political events — charged, as they were, with personal and collective emotions — affect the self and the details of daily life, such as romantic relationships? Furthermore, how did these events affect our perception of these relationships, and of love itself, between two individuals — be it a man and a woman, two women, or two men?

My reflections began with the Nakba and the Naksa: two events that had a considerable impact on the Arab speaking region, but which I — and people of my generation — did not live through. We experienced them, instead, through the stories and memories of our grandparents and families, and through hearing and reading about them from many sources, as they have, without a doubt, affected the course of many people’s lives, from the moment they occurred and up until the present day.

But what about the events that we’ve experienced first-hand? Since 2011, we’ve been living through the impact of political upheaval on our bodies and souls, and on the bodies and souls of the people we love. Since the eruption of uprisings in the Arab world — a beginning that was so full of hope, a hope we were experiencing for the first time — many aspects of our lives have changed, even if we were living far away from Tahrir Square and Habib Bourguiba Avenue. This came as a result of that hope, hope that was sometimes laden with love, and with meeting new friends and life partners. When this hope, not long after, was lost, and the region went through rapid and catastrophic changes, this had inevitable consequences on our intimate relationships, and even on our perception of love — whether positive or negative (for lack of better words).

While writing this report, I spoke with a group of women and men who lived through these revolutions and were still experiencing their effects and the resulting political changes in the region. Some experienced forced or voluntary migration; others stayed in their countries. We talked about the relationship between politics and love, revolution and love — and about the impact of things that are very often outside the scope of our hearts, emotions, and intimate relationships.

“Defeat brings out the worst in people”

I spoke with D, a 33-year-old Egyptian woman, who said: “Before the revolution, I was living a conventional life. I had a traditional marriage and two daughters. We’d visit our families once a week — the daily life of a typical middle-class Egyptian family. I had an interest in political activism since college, but it was within a limited scope. But when the revolution broke out, and Khaled Said was killed, I began to follow everything. It was then that I discovered that my husband was an apathetic person: he was afraid, he didn’t want to get involved in anything, he didn’t see what was happening as important, he didn’t care about the demands of the people. I realized how different we are. The revolution had an impact on Egyptian women, in many ways. On a personal level, I began to stand up to my family: I used to wear the hijab but I took it off; I started smoking cigarettes or shisha in front of them. I felt that I couldn’t go on living with my husband — that we belonged to two different worlds, and that I had to live the way I wanted to.

“Alongside all this, what I like to call the ‘revolutionary orgasm’ was taking place: seeing a man as a hero and becoming infatuated with that image, without noticing his flaws. He would fight with the security forces and defend people. At protests, you’d run away from the tear gas together. This ‘orgasm’ continued until the revolution was aborted. The defeats we suffered opened our eyes to the flows of others too — they were there all along, but we didn’t see them in that moment of revolution and hope. Being broken and defeated affected the rest of our lives.

“During that moment of ‘revolutionary orgasm’, I met another man. We got married three months later, and our wedding was full of revolutionary songs and chants. I confronted my family, and gave birth to my third child. When the wave of defeat struck, we got divorced. I guess that when we lived together and got closer, I began to see that this heroism was a façade. It’s not real, it’s a pretense sometimes — his and other people’s. Defeat brings out the worst in people.”

M, a 34-year-old Egyptian man, responded to my question about the impact of the political situation in Egypt on intimate relationships by saying: “Our involvement in the situation meant that it affected us on all levels, whether that manifested itself consciously or not. This attachment to the situation, to the political events, sometimes feels more like an entanglement — being tangled up in the dream of the Egyptian revolution, or even in dealing with a big psychological variable that was dependent on the events in 2011. I’m not that concerned about the impact on people who are not like me. To be honest, I’m only concerned with myself. Even when it comes to people who are like me to some extent — people in my circles — I don’t care what happens to them as much as I did before the revolution.

“The huge shift that happened in my relationship with my surroundings, with my family, with society at large, manifested itself clearly in all my intimate relationships — from fleeting encounters, built on attraction and a momentary mutual understanding, all the way to marriage. I used to be someone who was very concerned about the world, totally immersed in it. A small incident would be enough to make me change my plans or devote my energy entirely to someone I love or care about. But after our dream was defeated, after discovering how absurd reality is, how capable it is of oppression and subjugation, just like that, in a normal everyday way, a transformation took place. I guess I don’t really know how far it’s gone yet, or maybe I’ve become so defeated that this defeat counts as a win for material reality. This became apparent in relationships, which have turned into a material exercise that just represents an act of physical existence. The shift became embodied in an array of fleeting encounters whose only purpose was sex — as though that’s the only way to prove your material existence. Love is stranger now than anything that can be discussed or actualized — compared to the clarity of sex. Love has become deformed, since it is a practice that requires sharing and participation, after the defeat of the attempt at sharing and participation in the revolution. Especially in a backward society, it’s very possible for sex to become a selfish act, where each person uses the other for their own interest, regardless of the fact that some mutual understanding makes this process more enjoyable.”

While writing this report, a friend of mine sends me a brief message on Whatsapp, indicating that this response applies to him as well as to a friend who was sitting next to him at the time: “We’re all incapable of love.”

A, a Syrian man, elaborates further on this idea. “Love is an image, images are stable, stability means calm; and love is a prerequisite of calm. Love differs from region to region, but the essence is the same. In this country, love lost its shape in this evil whirlwind. Its details were lost, even though details are not important — but the compass of love itself was lost. We no longer knew who we were or what we wanted; the tools of our search changed. Very few people have the same approach to love, as they had when they were in Syria. And because most people now rely on new forms, because of the surroundings, and everyone has a new perspective on it, usually the people who are still dealing with love in that same old way lose out.”

Z, a 33-year-old Syrian woman, says in response to this question: “For me, as a Syrian woman, the changes that started happening in 2011 and continue to this day had an impact on my love life — not just my own life, but the whole of society. There were constants, and they broke. Everything was shattered when we lost our country and half of its people became refugees. The places we used to visit are no longer there; our memories have been erased forever. We feel broken and deprived since the revolution. The revolution was not just a political one: it was also emotional, an uprising against all the molds. When you find that you’ve lost everything, you no longer hold on to those constants: like a stack of dominoes, they all collapse, one after the other. Everything changes. You realize that you no longer need to stay in an unhappy relationship, because you’ve already lost everything — you have nothing left to lose by leaving.

“We also broke through our own fear. We were forced to be in faraway places we knew nothing about, to start all over on our own and to leave the past behind. This past also included intimate relationships that we had to give up along with everything else, so we can make a new, strong start. Despite everything, despite the fact that people now call the Arab Spring an autumn or winter, I still see it as a spring. Change had to happen — stability was the worst that could happen: politically, culturally, and also emotionally. I was married for 10 years, and I thought that this choice was for life. When everything was broken, I also realized that this, too, wasn’t eternal, that human beings have to be strong in order to change and develop themselves, to live life as it should be. And if life is too difficult, then radical changes must be made. For this reason, many women made the decision to split up or get a divorce, ending relationships that were once assumed to be forever.”

This is an ongoing conversation. When I first thought of delving into this question, I didn’t expect to receive any responses that are, for lack of a better word, positive. The initial question was inspired by conversations I’d been having with many friends in Berlin, the city where I live, especially those coming from Syria and Egypt, who settled in the German capital out of necessity or choice. We were wondering about love and intimate relationships, those in the past and those that happened rarely nowadays. I realize that the question needs a wider and deeper space than this short report allows, but perhaps it gives a little glimpse into the defeats we have endured and their impact on what is supposed to be the safest of spaces: love. 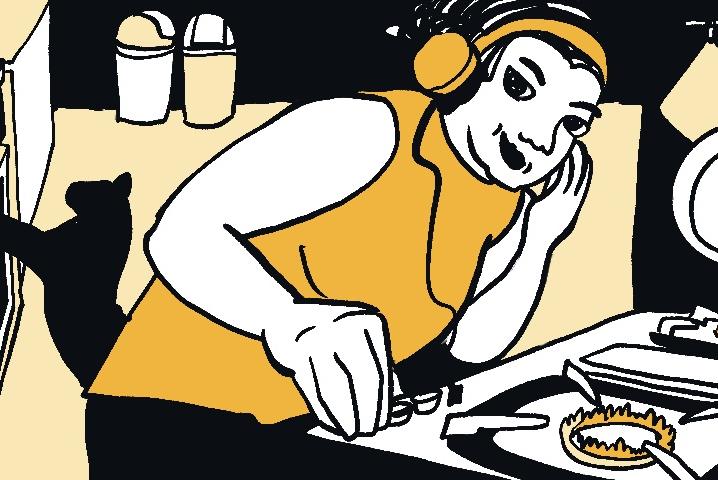 "Revolution in My 40s": Gender, Sex, and Meltdowns in Lebanon 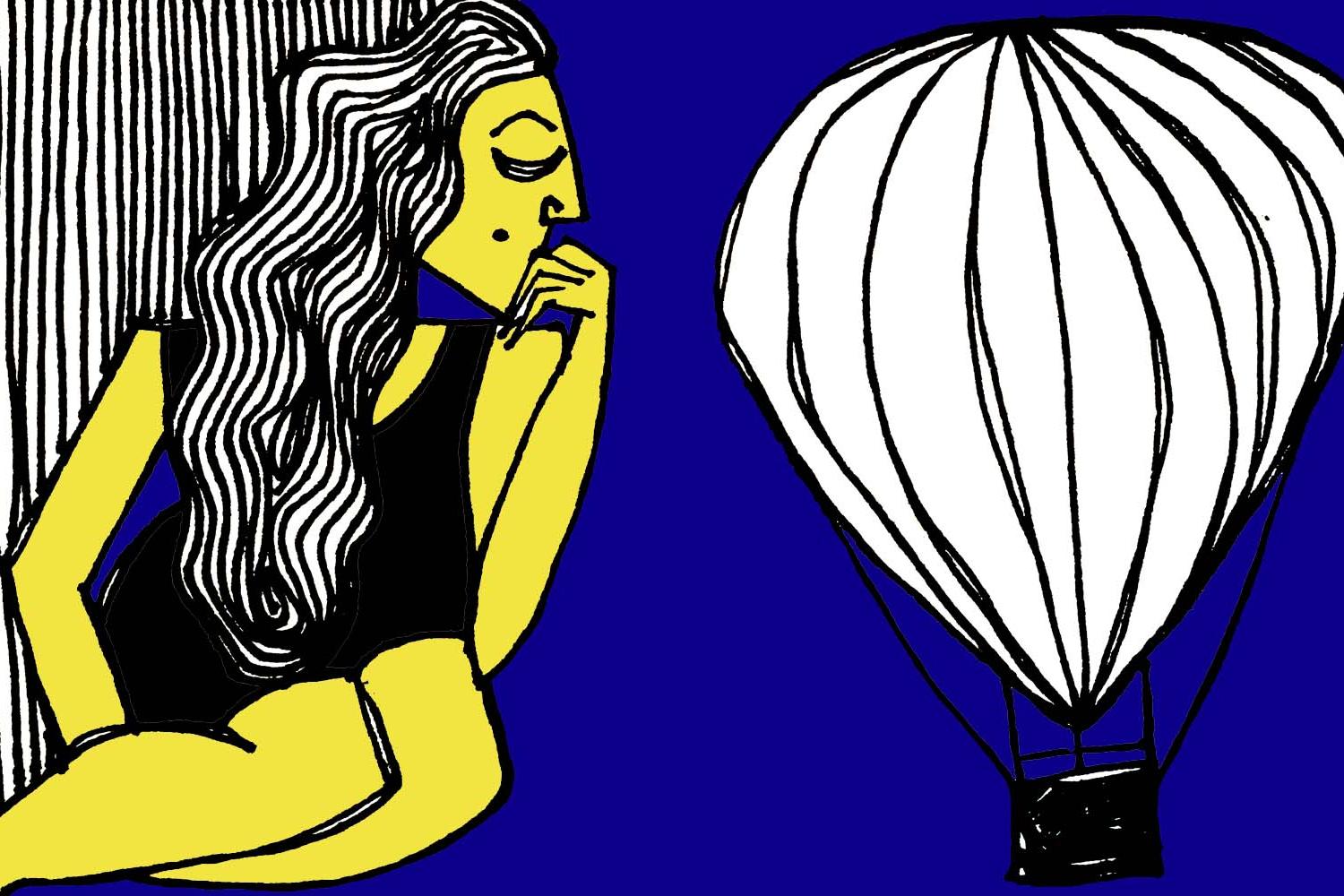