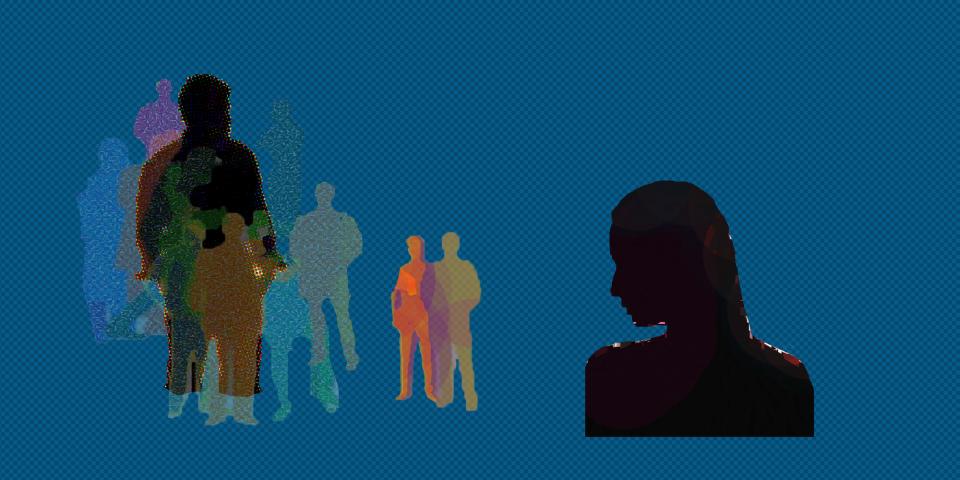 When legal and institutional avenues fail, social exclusion and discrediting of sexual offenders are among the few available and realistic means to punish sexual assault.

The hashtag #MeToo went viral on social media platforms worldwide in October last year and was then widely used to show solidarity with women who had come forward with allegations of sexual assault against American producer Harvey Weinstein. The list of harassers, molesters, and rapists quickly grew as more testimonies and posts appeared online, implicating, among others, several Hollywood stars, influential businessmen, and politicians in the United States und some Western European countries in crimes of sexual violence.

The spread of the hashtag was accompanied by a debate about the concepts of consensual sex as opposed to sexual violence, as well as the differentiation between harassment, assault, and rape at procedural and legal levels. At the same time, “western” feminists led fierce campaigns that aimed at deepening and strengthening the discussion, and linking it to the feminist perspective, which essentially argues that sexual violence is a phenomenon rampant in most societies and primarily directed (organised or semi-organised) by men against women. Hence, sexual violence cannot be viewed in any way as isolated from the asymmetrical gender-based power relations that prevail in a society, which – most of the time – turn the man into a potential aggressor and the woman into a potential victim / survivor.

It did not take long before the fever to expose crimes of sexual violence spread to Arabic-speaking countries. Numerous testimonies, often under the hashtag #أنا_أيضا (#MeToo), emerged online about Arab men – from famous to unknown – who had committed crimes ranging from abuse of power to extort sex, harassment in the street or work place, sex with women under the influence of alcohol, rape, and various other non-consensual acts.

In Egypt, in particular, social media networks saw a debate somewhat similar to that of the “western” sphere about what constitutes harassment or rape, which some people tried to downplay as “unwelcome invitation to sex.” Many men, and some women, expressed their annoyance with what they considered the exaggeration of feminists and other women, that would lead to the limitation of freedom to engage with women in sexual activities, while others expressed their confusion and inability to differentiate between “an invitation to have sex which the other person is free to decline or accept” on the one hand, and harassment, the exertion of pressure, sexual extortion, or rape, on the other.

Moreover, the debate also addressed issues of proportionate punishment of offenders according to the severity of their crime. This included the discussion of social punishments, limited to the attempt to discredit or socially exclude the individual and thus cause possible social, political or professional damage. Some people considered such stigmatisation a disproportional punishment that would entail more harm than the offence itself. They claimed that what some testimonies and stories described did not measure up to the level of sexual crimes, and did not go beyond “unwelcome invitations to sex” or sexual misconduct.

Apart from current definitions of sexual violence as any conduct that causes one party, “usually a woman,” to feel sexually threatened, and that this violence occurs in the context of power relations that give the man symbolic or actual authority over the woman, those who accused feminists of exaggeration forgot two pivotal points: First, how appropriate really was this moment to foreground their fears, confusion, and questions as men, instead of listening to the suffering and anger of the women? In this remarkable moment – one of the very few ones –women were given some space to talk about their traumatic experiences of sexual assault, and their daily life of suffering in a society that agreed to lenience and normalisation when it came to the violation of the female body.

Secondly, they ignored the nature of the societal framework in which the discussion occurred in the first place. A social phenomenon like sexual violence cannot be talked about and understood in isolation from the socio-political context in which it transpires. A context in which women are forced to experience violence and sexual exploitation from their early childhood on and throughout their adolescence and adulthood, and to live with the fact that their bodies are in constant danger. More so, that their bodies are in themselves a source of constant threat and conflict; that, basically, sexual experiences mean danger, pain, and feelings of vulnerability and exposure. Just because they were born female, irrespective of their choices in life, character, social class, and appearance, they are subjected to this danger, compelled to live with it on a daily basis and to learn tricks to somewhat protect themselves – just to minimize the harm, not to prevent or avoid it.

Fear of “excessive” punishment for those accused of harassment or assault cannot be the first concern.

These are the realities from which any “serious” discussion that is concerned with sex and sexual violence in our societies must always start. The fact that men don’t know how to propose having sex with a woman in a non-threatening manner cannot be a priority in this discussion, and neither can the fear of “excessive” punishment for alleged offenders be the first concern. But most importantly, the assumption that it is women’s responsibility to explain to men “how to pursue a woman without her feeling threatened” is unacceptable.

Since 2011 and the start of the January Revolution, which was followed not only by a tangibly stronger presence of women in the public sphere but also an unprecedented increase of acts of sexual violence that led to the violation of hundreds of women in public squares seen and heard by millions of observers in those squares and spectators via television and YouTube, women have come to understand that escape from, or coexistence with, sexual violence is no longer possible. And since then, women have made not few achievements, at the very least by forcing society to see what they are going through. Even with the overthrow of the revolution and shutdown of the public sphere, the issues of women, and their defence of their rights to live and be themselves, have securely remained among the issues unshaken by periods of decline and deterioration, surfacing with every incident that gains momentum and media coverage.

Therefore, when the #MeToo wave began last year, those women did not have to start from zero. Indeed, anger had accumulated, but expertise had as well, which set those angry, rights-defending women on their natural path and a difficult but all-important mission of punishing those who had caused their dread and vulnerability.

The anger of those women and girls exploded into action when there was opportunity or when they were ready to carry the burden of revelation and its consequences. They could not bear listening to those calling for reason, calm, and the conventional course of allegation, investigation, and punishment, because they fully understood that the eruption of their anger was the only logical course of action under the circumstances imposed on them.

Those women were well aware that traditional ways of investigating the assaults committed against them were inadequate, understood that prevailing gender-based power relations, their associated social values and standards, and political and legal frameworks rendered the act of reporting crimes of sexual violence itself an extremely difficult mission. This was a country in which society and law were in denial, where the heavy burden to prove a crime lay with the victim or survivor alone, and where women who made allegations, demanded their rights, and called for the punishment of attackers were themselves punished.

These women were well aware that official avenues for reporting and investigating crimes of sexual violence made the punishment of offenders almost impossible. They knew that law, society, and politics push so many to keep silent, but that they, as survivors or victims, bore the consequences of this silence and their scars all alone, which made recovery and life very hard. It wears them out and shakes whatever solace they had found before in their tricks when facing violence.

Maybe for the first time, all members of these circles understood that their actions would have consequences.

Against this background, several testimonies of women who had experienced various forms of violence from specific men surfaced over the course of last year: stories that went back years, and stories that had happened only days before public disclosure. They included stories about male colleagues or bosses at work, partners in political struggles or dreams, or “friends” from the same social circles in which these women moved. Men, distinguished in their circles, trusted and supported by the same circles in which these women worked, struggled, or socialised. This made the debate about the “right” punishment for those men and the dangers of their social exclusion and discrediting fierce, violent and shocking for many, because maybe for the time, all members of these circles understood that their actions would have consequences. Punishment would come, eventually.

When legal and institutional avenues fail, social exclusion and the discrediting of sexual offenders are among the few available and realistic means to punish sexual assault. This means that a person, maybe well-known and popular, is marked as a harasser, aggressor, or rapist, and will go on living with the “stigma” that he once harassed, attacked, or raped a woman, and thus forced her to live the rest of her life with the reality of the violence to which she was once subjected.

Stigma means loss – even if just partial – of social, and maybe political and professional, status, and damage to the reputation that this person has built for himself throughout his life. It is harsh for those who bear it and leads to a sharp polarisation between the social circles around the person discredited, and the survivor who has done so.

Social exclusion and discrediting are a justified punishment from the perspective of the women who survive sexual violence, from the perspective of feminists, or other women and men, but are seen as excessive by the aggressor and those men and women who stand with him. The most important aspect of this form of punishment, however, is that it brings us back to the necessity that the responsibility of providing a healthy, safe, and free environment for women should no longer remain on the shoulders of these women alone, but must be borne by all men and women.

Social exclusion and discrediting are – until now – among the few ways to achieve some degree of justice, to provide a path for the victim to try and overcome what she has experienced and become a survivor. Until other legal and institutional avenues are available, and until we have successfully created a country, society, institutions, and laws that protect and respect women, these women will not stop to expose and call for social punishment. And no one has the right to ask them to stay silent, be reasonable, or simply wait.

Kholoud Saber Barakat is an Egyptian women's rights activist and PHD researcher in the area of the psychological consequences of trauma and sexual violence on women.