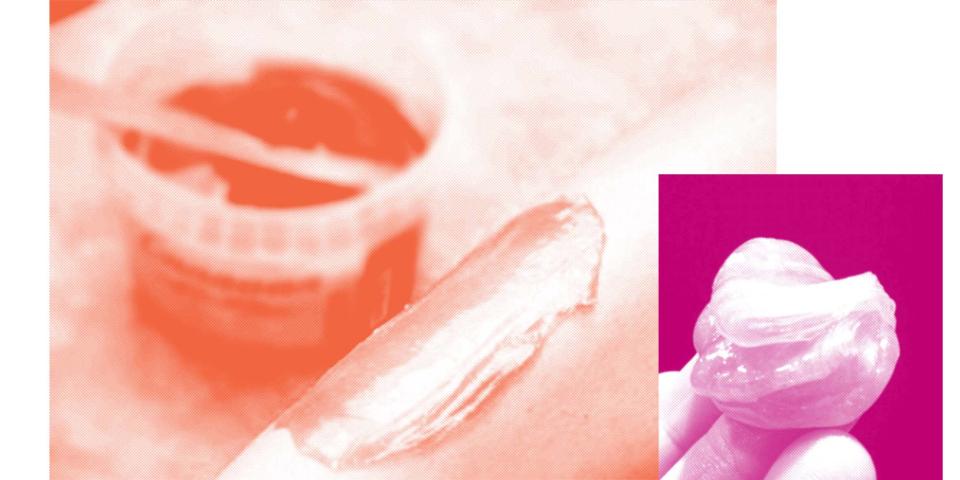 In this humble salon that still retains its antique odors and old décor, and serves as a haven for those who want to break free, for a few hours, from the grip of a conservative society, I meet a group of women lounging around, exchanging a messy hand-rolled cigarette.

Here, in a neighborhood in the west of the Libyan capital, Tripoli, I listen to the lazy moans of women who have gathered in a beauty salon for their monthly hair-removal session. Scratches of shaabi music emanate from the salon, along with the scents of chemical hair dye, caramelized sugar, and lemon. In this humble salon that still retains its antique odors and décor, and serves as a haven for those who want to break free, for a few hours, from the grip of a conservative society, I meet a group of women lounging around, exchanging a messy hand-rolled cigarette.

The conversation is as messy as the cigarettes. The women regard me with suspicion: to them, I must be a loudmouthed journalist who wants to turn everything into a scoop and make some money out of it, or who is trying to land them in one of the extremist militias’ jails, via that vehicle of public whistle-blowing called the “daily news”. Most of the women here are afraid of appearing in public, even if it’s in the context of a normal, legal activity.

In Libya, the fear of the press is understandable, given the extent of breaches and violations. People have come to believe that journalists are informants, and they do not believe in the existence of independent journalism. I gather my courage and ask in a flustered voice: “Why do you come to this beauty salon in particular?” The beautician’s response is aggressive: “Go away, enough of your nosy chatter! We come from respectable families!” and she throws me out of the salon.

Many women in Libya enjoy sitting almost naked in their homes or in these “underground” beauty salons to remove their body hair by waxing or sugaring. The hair-removal tradition, passed down through generations, perpetuates the stereotype that women’s bodies must be soft and smooth.

Along with these suggestive comments, often the focus of the chats between beauticians and their customers, there is a more scintillating side to the conversation.

The scene looks normal, on the whole, but things are slightly different in Libya, where women have acquired the habit of making suggestive jokes about each other’s bodies in an exaggerated way. They praise or mock each other’s breasts, especially their nipples, which are considered a vital source of pleasure, likening them to “watermelons” or “cow udders.” This adds an air of playfulness to their secret sessions. Most of the women respond to these jokes by shaking their buttocks or raising their middle fingers to show that they’re not attaching any importance to the speaker’s words.

Along with these suggestive comments, often the focus of the chats between beauticians and their customers, there is a more scintillating side to the conversation. The beautician, for example, often cannot restrain herself from offering advice on wedding nights and how to turn them into sadomasochistic sessions. The beautician wields a symbolic power over her clients, and there is a sense of mutual trust. This allows her to ask about the quality of her client’s buttocks, in terms of size, shape, and texture, which she considers to be essential for the success of this night. She also advises her to agree to all of her husband’s sexual demands, and to spank him, as he does to her, in a kind of mutual pleasure.

The customers listen attentively to the beautician’s expert advice. Most of them are conservative, and too shy to discuss these kinds of things with their mothers, sisters, or even female friends. The beauty salon therefore becomes a primary source of sex education; a microcosm embedded in a larger society that impacts women's behaviour and their conflicting views on sex. The married women start a discussion about raising children and managing a family, and about their sex lives and their husbands’ aversion to them. One of them says: “Husbands are just a way to reproduce, and to secure a future that is somewhat uncertain.”

The women see these times spent exchanging suggestive jokes and teasing one another as a kind of therapy, which relieves some of the pressure coming from their family and society

The beautician interjects: “Many women think that marriage will guarantee them a special status in society and will in turn make them important, but the total opposite is true. Most marriages are based on a lack of understanding. Why do you remove your body hair from time to time? It’s so you can look beautiful in front of other women at someone’s wedding. It’s not at all for your husbands. They smell the sweat and onion stench on your bodies and they see the spider’s web that is your pubic hair every day.”

Beauty salons are a parallel universe, an alternative to the monotonous reality that makes women unable to understand themselves, their bodies, and their desires. The existence of these gatherings can be attributed to the state of repression in Libyan society: strict and disciplinarian, it imposes its system of values and morals on women, creating a desire to invent an "imaginary" society or a safe space to talk about sex, forbidden desires, and unspoken topics. They do so as a way to entertain themselves  and may go as far as having sex with one another, but they are afraid to admit that. The women see these times spent exchanging suggestive jokes and teasing one another as a kind of therapy, which relieves some of the pressure coming from their family and society, especially since these spaces are not subjected to censorship and suppression.

While working on this article I meet Fadia Ahmed (not her real name), a 32-year-old civil engineer working on a private project. Fadia is used to getting her hair done at salons in certain areas of Tripoli. Despite their small size, she considers these salons spacious and welcoming, seeing in them a vast space in which the planets can float freely without restrictions. She says: “As women, we are sensual beings, but we can get into a lot of trouble by declaring our desires to families or even friends. Prejudice surrounds us and we are always stigmatized, and branded as whores no matter what we do .”

We sometimes exchange cigarettes, and our underwear to sniff and enjoy the smell of. We use lipstick to paint our lips, and sometimes our bodies too

She continues: “I came across these places by chance. I found myself with a group of women who were talking openly and freely. I was curious to sit and listen to them, in this salon which also offers us a secluded corner away from other customers, where we can just be ourselves and enjoy sexual pleasure, in words and actions too. From taking our clothes off and sitting almost naked, removing our hair or sometimes applying henna to our bodies, to coupling off when we feel attracted to one another. One of us will initiate things by touching her private parts or spilling a bit of lemonade on her thighs to pave the way for things to go further inside the small bathroom — not in front of the other women, of course. Sometimes it also includes collective flirtation — which is not really sexual, just a way that we've come up with to communicate, to ease some of the weight we’re carrying. It's a way for us to immerse ourselves in acts where we lose ourselves and we don’t want to stop, because they’re the only way we can truly live.”

Fadia and her companions usually meet in a dimly-lit room inside the salon, full of scattered heaps of clothes and old make-up boxes. “Even though it’s messy, the room is comfortable. It gives each pair a corner that’s secluded but also open. We sometimes exchange cigarettes, and our underwear to sniff and enjoy the smell of. We use lipstick to paint our lips, and sometimes our bodies too.” The salon Fadia frequents helps her get rid of her negative energy. She considers it a source of real happiness, and the reason she is successful at her governmental job and private business.

Another forty-something woman, who declined to reveal her name, agreed. She said she is used to visiting these kinds of salons in working-class neighborhoods of Tripoli, adding: “Don’t be fooled by the conservative clothes worn by many of the women here. This place is very tempting for people who have to deal with a lot of pressure from their jobs, studies, or families. I personally drive there straight from work without even realising that I am doing so.”

I meet another woman in her forties called Areej Abd al-Rahman (not her real name), who is divorced and works in a commercial bank in Tripoli. She starts by saying: “We don’t pay money for these services. To be honest, I don’t even want to call them services, because they are actually a way that women use to console one another. And of course we can’t deny the sexual nature of what goes on, which is considered criminal by society. Many of us suffer from ageism that makes it impossible for us to get married or choose a partner. There are others who are married but who miss having an adventure beyond what they have with their husbands. We don’t identify with any labels, and we don’t set specific times to meet. We prefer to connect in the moment, which makes these meetings real, unique, and spontaneous.”

Areej receives a telephone call in the middle of our conversation. She takes a few moments to flirt with someone on the line. Flirtation has become a way for her to relax, almost a hobby that she practices every day, with people close to her as well as with strangers.

Many beauty salons have turned into a secret haven for the pent-up desires of oppressed women. These salons are shrouded in secrecy: it’s not easy to find them or know anything about them. Anyone revealing the secret could suffer grave consequences, along with her friends and the salon owners, at the hands of extremist militias. In the words of Areej: “Killers, thieves, people who take bribes or incite violence — all of those are welcome, protected by society from any punishment or retribution, but sexual encounters that don’t hurt anyone are expressly forbidden and severely punished.” 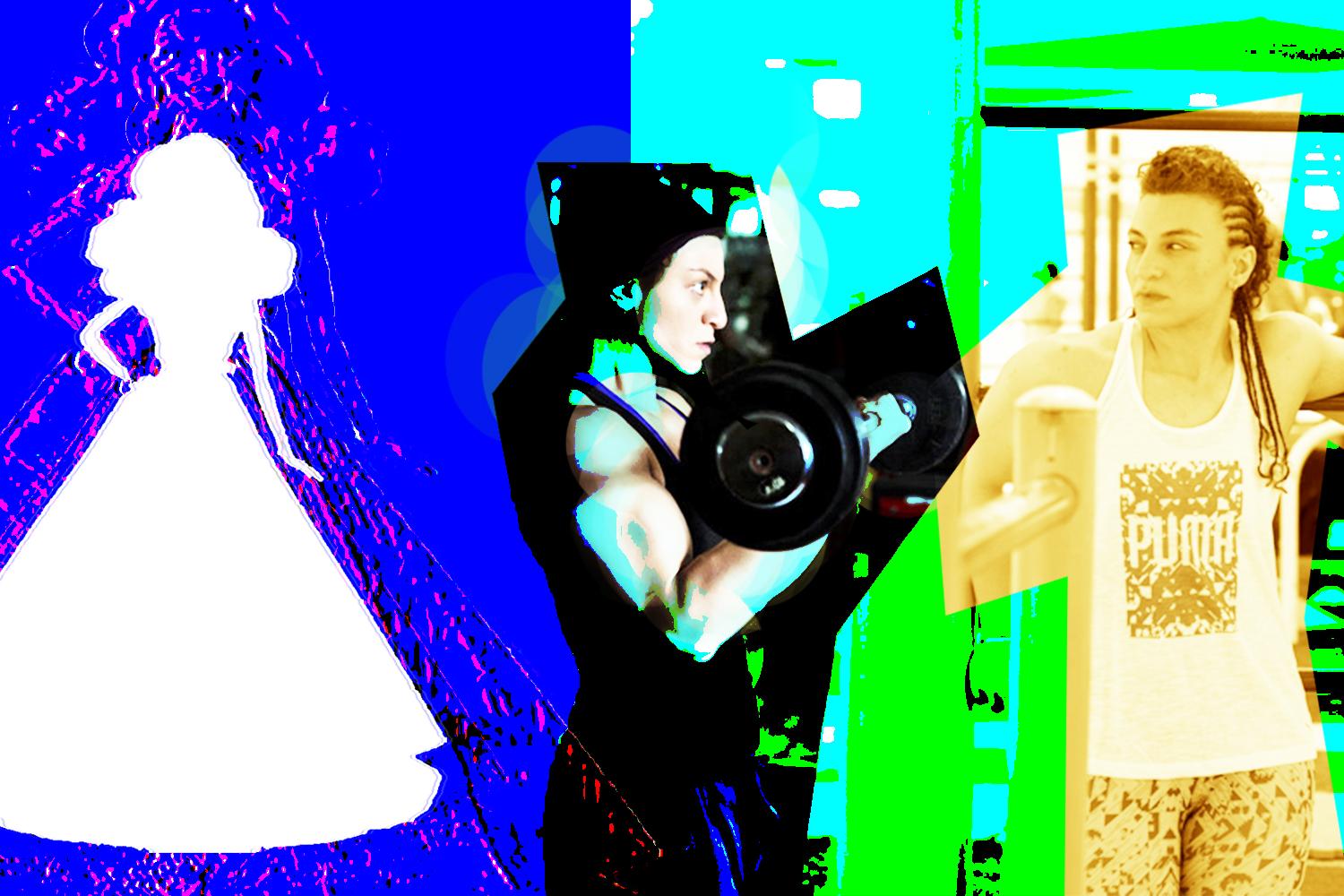 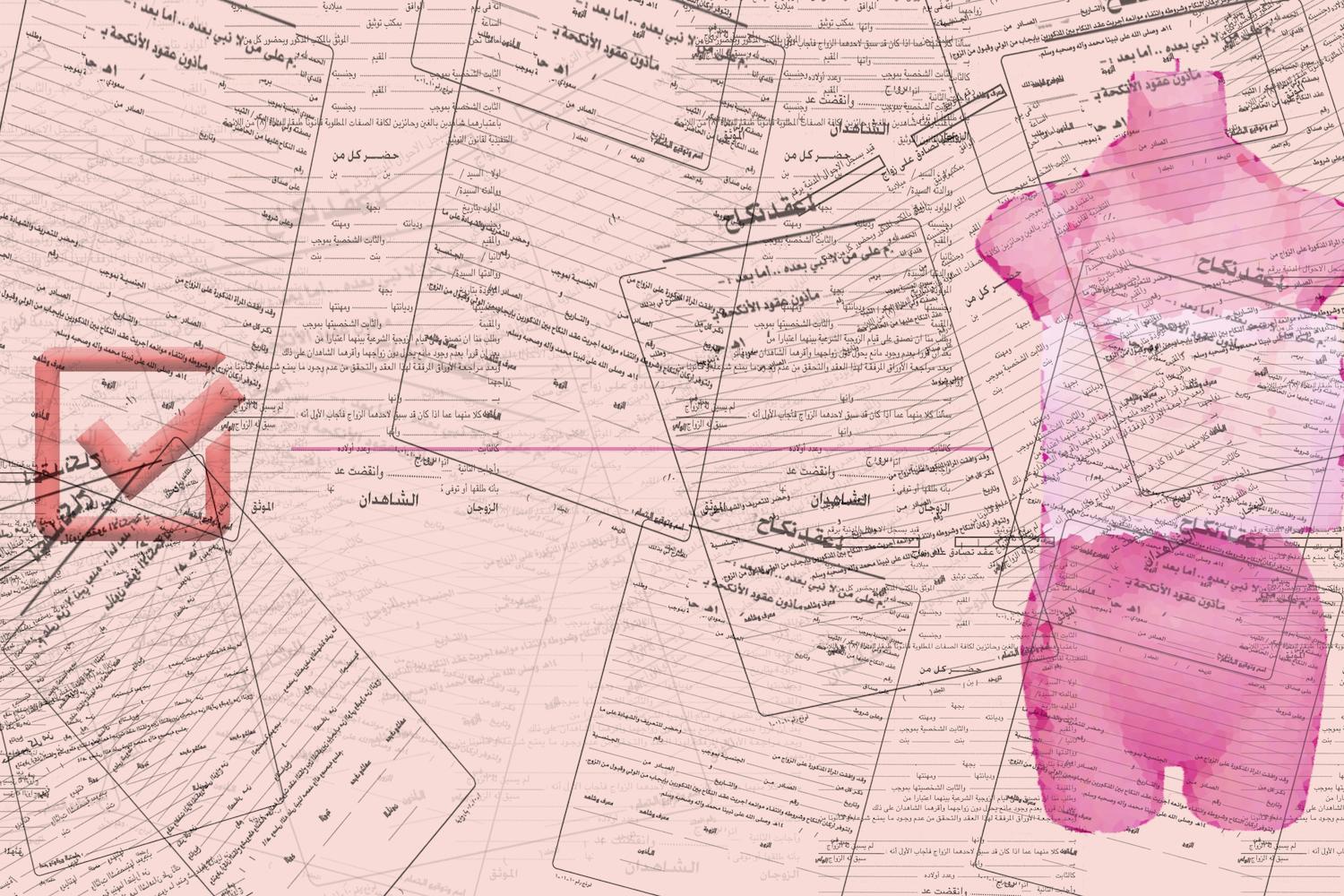