Anthropology of the masculine body | JEEM
Skip to main content 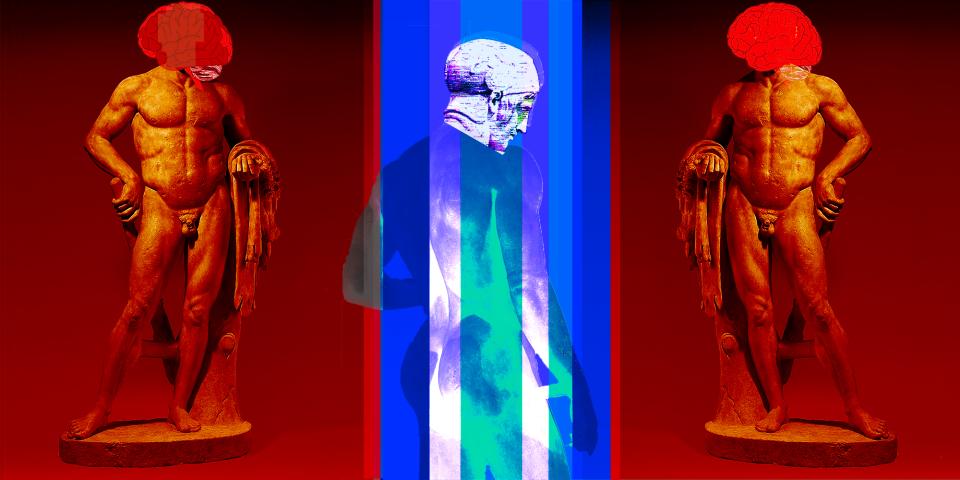 Much of the social sciences treat the concept of the body in an abstract manner — as though it were a monolithic whole — while, in reality, bodies vary on many levels.

It is impossible to imagine any human activity without thinking of the body, which explains the constant interest in understanding and compartmentalizing it throughout the history of human thought. Some philosophers — such as Descartes, for instance — visualized the body as a separate entity from the mind, while others viewed it as a secondary being inhabited by the soul, as many religious thinkers believe. This dichotomy, however, discounts the effect of culture and society in realistic manifestation of the body, as they deal with it as a purely natural phenomenon, separate from the variables imposed by the medium within which it lives.

The beginning of the 20th century was a turning point for the humanities, as their fields of interest expanded to include many different topics, including the body. Researchers became more dynamic as a result of the growing significance of concepts like gender and race, as well as the advancement of human rights activism. Such concepts were influenced by the post-modern cultural environment, within which notions and values were established or set aside, allowing more inclusive ideas to be considered. These new forms of engagement opened a door for culture, rhetoric and politics to become lenses through which the body is approached as a subject from many different angles, posing a major question: How does one express and imagine oneself in one’s life? It is this question that acted as a premise for researchers interested in the human body.

However, we can safely say that there is a scholarly gap that needs to be filled when it comes to the notion of the masculine body. In fact, the field of masculine studies, in general, is more or less deserted. Women studies are much more widely discussed, and therefore the feminine body is often scrutinized, while the masculine body is relegated to a shallow, unified notion of masculinity that transcends time and place. Exploring this issue is nothing more than an attempt to provide Arabic literature on the matter with some of that which it lacks. This is what sociologist Raewyn Connell pointed out when she spoke of revolutionizing the notion of masculinity by questioning the prevalent assumptions regarding its nature; critiquing and deconstructing it the same way western anthropologists have long been studying the concept of the female.1

An introduction to the concept of masculinity

Anthropologist Matthew Gutmann summarizes masculinity in four points2, which researchers have long resorted to when dealing with the issue: 1) Defining masculinity according to everything men do and think 2) Defining masculinity according to everything men do and think in order to be men 3) Defining masculinity by comparing men to each other, considering some more masculine than others 4) Defining masculinity through the relationship between men and women, as everything that femininity is not. Many thinkers and historians have considered Gutmann’s definition credible, mostly because of its clarity, which probably got in the way of subjecting it to due examination.3 Masculinity, in its modern form, represents human actions of a particular nature that are inextricable from daily life in all its detail, which prompts many current researchers to assert the importance of problematizing this ever-present definition, challenging the ahistorical manner with which it tackles the concept.

In his chapter titled “Men Don’t Go to the Moon: Language, Space and Masculinities in Zimbabwe,” from the book Dislocating Masculinity: Comparative Ethnographies4, Chenjerai Shire writes that there are various, different masculinities rather than one monolithic masculinity indifferent to the determinants of reality. He also emphasizes the influence of this multiplicity on the professions and activities practiced by individuals, i.e., how such perceptions gender the spaces within which people move, shaping their personalities and how they view themselves. In this memoir of his childhood in rural Zimbabwe, Shire recounts how boys are taught about their social roles in order to become men in places such as “Dare,” a spot where men gather to drink beer.

Here, physical space is gendered through how adults teach younger men the arts of flirtation and seduction, and so masculinity becomes contingent on a man’s ability to control a woman. It is important to mention that language is central to creating such masculinized spaces, which in turn allow the reproduction of the traditional ideals of manhood/manliness. Masculinity, within such spaces, is formed by using certain linguistic amalgamations. Such places, with their masculine names, imbue their patrons with a special aura of independence, and the freedom to boast their masculine experiences — as described above — in front of other men.

This story displays a major characteristic of gender, one that equally applies to men and women: the formation of masculinity and femininity, in all their sheer manliness and womanliness, is reliant on the cultural context within which they grow. Which, in turn, proves that masculinity is just as dependent in its development on social dynamics that vary with the environment of each individual.

The approach to the notion of the body is usually a scientific one5 that is largely informed by biology, or, rather, bio-logic. The body is portrayed as a natural machine, governed by hormones and genes, and the differences between the sexes are the inevitable result of such variables. These differences are then followed by social hierarchies that divide labor among the two “natural sexes.” There is another perspective, however, that approaches the body as a neutral surface influenced by cultural factors. A third view combines the two previous approaches, explaining gender behaviour as a culmination of both the biological and social aspects.

In her deconstructive study of the Yoruba people, the largest ethnic group in Nigeria6, Oriyanku Oyuma rejects this scientific discourse which centers on the biological component of man. She points out that the concept of gender did not play a role in social classifications in pre-colonial Yoruba society. This society, she writes, is founded on hierarchical structures that pay no regard to physiological differences in the body, but are rather built on age. Moreover, social status in this society is rather fluid: it is not fixed or predetermined. For example, you could find, within that society, a warrior woman and a male nurse, as opposed to the idea of biological inevitability prevalent in scientific western discourse when it comes to gender divisions.

In their study titled Masculinities: The Male Reproductive Body7, Emily Wentzell and Marcia Inhorn speak to hundreds of men from the Middle East and Mexico who are dealing with sexual and reproductive health troubles. In their research, they point out the inaccuracy of prevalent perceptions about “Eastern men;” the stereotypical patriarchal image of cold, indifferent men inclined to keep more than one wife, father many children and oppress women. According to both researchers, when Middle Eastern men get married, they tend to immerse themselves in their family lives, expressing affection towards their wives and children physically and emotionally. In Wentzell and Inhorn’s study, the cultural factor doesn’t play its usual role in determining gender and shaping individuals.

The above clearly challenges both biological and cultural inevitability in determining social differences. In fact, Connell has revealed ample cultural and historical evidence proving gender diversity. She sheds light on certain communities and historical contexts where rape never — or scarcely — occurs. She also mentions other communities where homosexual behavior is dominant among certain age groups, or where elderly members of the family or servants raise children, relegating the role of the woman/mother to the background. In other parts of her research, the assumption that aggression is an essentially masculine trait is also dismantled, as she describes men that are distinctly tender and gentle.

Many social sciences treat the concept of the body in an abstract manner — as though it were a monolithic whole — while, in reality, bodies vary on many levels. Physical practice is central to masculine hegemony, which means that with the inability to perform certain physical acts, the masculine gender becomes under threat, losing its impunity.8

Anthropologists Thomas Gerschick and Adam Miller conducted a small yet valuable study9 that attempted to understand how American men deal with the loss of certain physical abilities that are central to their masculinity as a result of injury or disease. The researchers summarize these men’s coping mechanisms in three points: The first is doubling their efforts to comply with the standards of masculine dominance by overcoming physical limitations, the second is redefining masculinity to become more adaptive to their condition, while continuing to uphold certain masculine traits like control and independence, and the third is rejecting all standards of dominant masculinity, which are founded on prevalent body-centric perceptions, shifting instead towards counter-sexist politics. But even though there are many ways to deal with such impediments, in her reading of this study, Connell notes that all men chose not to ignore the physical dimension of masculinity.

In their study mentioned above, Wentzell and Inhorn state that men view their bodies’ capacity to reproduce and take part in penetrative sex as essential determinants of their masculinity. The researchers also observe that even though the standards of the ideal masculine body are of a varying and changeable nature, individuals often fear that their social status as men will be undermined if they cannot have children or perform in acts of penetrative sex. One of the interlocutors in the study says: “Without my penis, I don’t feel like a man.” Even though this Mexican man is 68 years old and married with children, he remains afraid of how his inability to have penetrative sex might affect his image as a man. An Egyptian expresses similar fears in case news that he cannot have children were ever made public.

It is easy to discern in the text an attempt to highlight diversity within gender generally and the body in particular, meaning that there are multiple bodies and masculinities and not one body or one masculinity. Some bodies are big, others are small; some are stocky, others are muscular, and others yet are skinny. This vast spectrum of body images is subject to the power of time and society, it grows and changes over time, constantly adapting to its human surroundings. The masculine body is an inherent part of that spectrum, it has no intrinsic value independent from time and society, rather, it is the result of a defining relationship where the social and the biological intertwine. 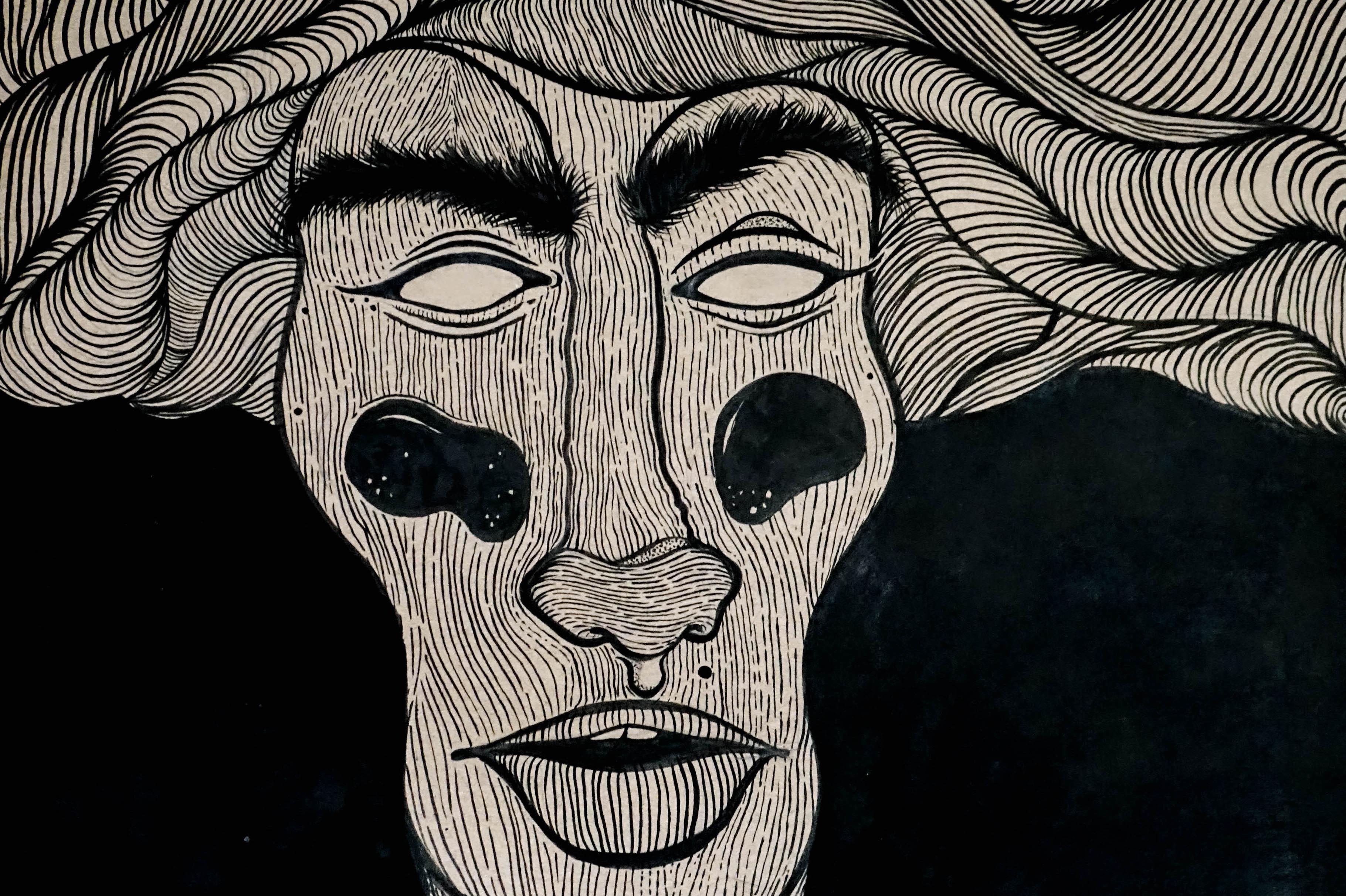 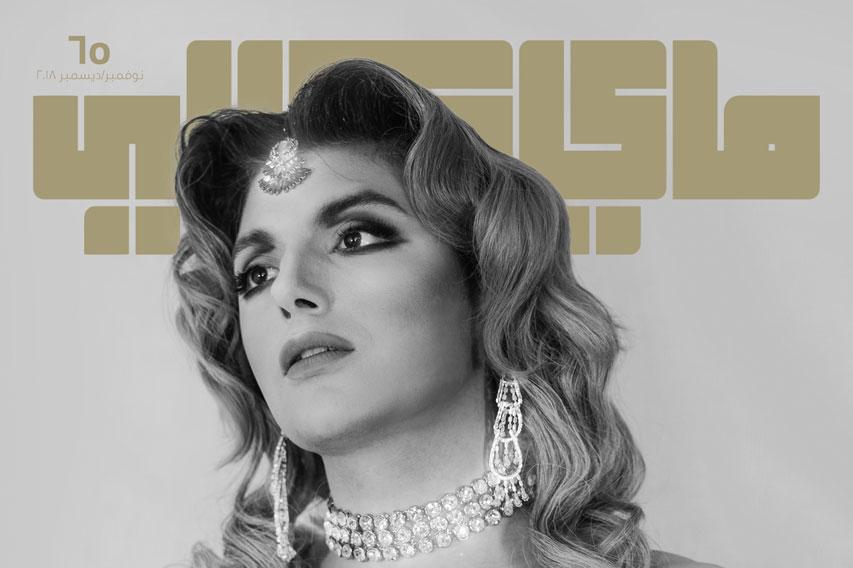