The duality of sex in Morocco | JEEM
Skip to main content

Throughout history, sex in Morocco has always been imbued with a duality: It is as coveted as it is prohibited.

“If a man and a woman are alone together, the third one present is the devil.” The devil would then lure them to sex. This is an Islamic hadith, classified as authentic in Al-Jami‘ al-Sahih (“The Authentic Collection”) by al-Bukhari. But what is the definition of sex?

Jins [sex] in Arabic means type, the origin of something, and the common understanding is that there are two jins of human beings: male and female. But the word jins — the equivalent of ‘sex’ — developed etymologically until it came to denote the intimate relationship between male and female, or between two people of the same sex, which is preceded by an urge for this connection. This is known in psychology as libido, and the goal is to achieve sexual pleasure, in addition to the ‘loftier’ purposes of sex, such as reproduction and intellectual stimulation.

In Arabic, the word nikaah indicates a legitimate sexual relationship, whereas the word zina refers to an illegitimate sexual relationship. Even though the two words carry the same signification, the difference in their usage — beginning with the Quran — conveys how important ‘legitimacy’ is in determining the value of a sexual relationship: the innocent relationship that is framed by a marital union, or the sinful one that occurs outside the bounds of a sacred bond. Imam al-Ghazali, in his book The Revival of the Religious Sciences, expounds at length about Islam’s integration of the sexual instinct into its system in a way that is approved by God, because if sex is not regulated according to certain principles, it will disrupt the social fabric of Islamic society.

In Moroccan society, there is an image of women as sexual predators. Another hadith that occurs in al-Bukhari’s Al-Jami‘ al-Sahih is: “There is no temptation more damaging to men than women.” This conveys the notion of women as a force that can disrupt society from within by having a sexual influence on men. This concept is embodied in popular Moroccan culture in the well-known mythological figure of Aisha Qandisha, a sexually attractive female jinn who seduces men and then takes possession of their bodies forever. Women are thus viewed, in traditional Moroccan lore, as a destructive force because of their sexual appetite, whereas men are seen as weak creatures in the face of this temptation.

Throughout history, sex in Morocco has always been imbued with duality: it is as coveted as it is prohibited. The structure of Moroccan society also contains this duality, with two faces to everything: the revealed and the concealed. Sex is one element in this dual structure. Though it is secretly given a great deal of attention, in public it is expressed as something shameful, a word that is usually whispered, to indicate that speaking honestly and plainly about sex is completely unacceptable. On the other hand, sexual connotations are rife in the history of Moroccan folk music, sung by a generation of ground-breaking women such as al-Hamdawiya, Fatna bint al-Hussein, al-Zahafa, Zurayka bint al-Waqeed, and others. There are also literary pioneers, such as Mohamed Choukri, who wrote frankly about his sexual experiences in his famous memoir, For Bread Alone.

Today, the perspective on sex in Morocco has changed: it is no longer as couched in modesty and shame as it was in the past. Though some conservatism remains, due to an attachment to religious customs and social traditions, young people nowadays are aware that sex is no longer the taboo it once was. Foreign media was a contributing factor that helped young people deconstruct that taboo, realize that sex is a natural relationship that they have a right to experience, and attempt to break down the barriers and social rituals imposed on it. This sexual shift was explained by the late Moroccan sociologist Fatima Mernissi. In her book Beyond the Veil, she offers a study of the dynamics of male-female relationships in Morocco, whose rules are drawn from Islam, and attempts to describe the rapid changes that occurred in these dynamics after Moroccan independence.

Sumayya No‘man Jasus has also written a number of books on sexuality in Morocco, the most famous of which, Without Shame: Female Sexuality in Morocco offers a comprehensive overview of the sexual life of Moroccan women, trying to describe the struggles of repressed women in a patriarchal society. The sociologist and academic Abdul-Samad al-Dialmi has also dedicated his scientific research to the topic of sex and sexuality, and their development in the context of the development of Moroccan society. He offers a theory about the sexual shift in Morocco: that sexual behavior used to correspond with the social perspective on sex — both of which were religiously devout — but sexual behavior is now deviating from religious codes and contradicting them, and that both these religious codes and sexual behavior will become secularized in the future, as part of a wider social shift.

Finding out about sex happens according to the constraints of the society one is raised in. In Morocco, these social constraints deem sex to be a forbidden topic: it is not a subject of education at school, nor can it be spoken about at home, in a family setting. This means that young people find out about sex in distorted or unhealthy ways, such as watching cheap sex films or listening to the stories of their older peers, who often describe failed or made-up experiences. These red lines, imposed on both the knowledge and practice of sex, have produced generations that are suffering from repression without acknowledging it.

I asked young men and women in Morocco how they first came to know about sex, and their responses were almost all the same. Their first discoveries were simply fumbling attempts to figure out what sex is, which mostly happened through watching pornographic videos. There was only one person whose answer was different: a young man who, in his early teens, was seduced by a woman twice his age, and so got to know about sex by practicing it, unlike the others, whose first encounters came from watching pornography.

When I asked whether they had received any sexual education, all of them, male and female, replied that they had not, that theirs was always a personal effort to educate themselves. In attempting to describe the sexual life of men and women, N. says: “I would sum it up in one word: restricted. [Sex] life is poisoned by repression and embarrassment, which comes as a result of ignorance about the value of sex, which is supposed to be an art.” S. offers her opinion that the sex life of men and women in Morocco requires a greater openness between the sexes, in order to understand each other’s desires and move past sexual ignorance. E. adds that the conversation about sex in Morocco is a conversation about the body, “but in Morocco, our bodies are not ours, so how can we talk about something that is not ours?”

The young men and women interviewed all agreed that the reality of sexual life in Morocco, where women are subjected to sexual repression while men boast about their sexual freedom, must change in order for this freedom to become more equitable. They also agreed on the need for a greater focus on sexual education. 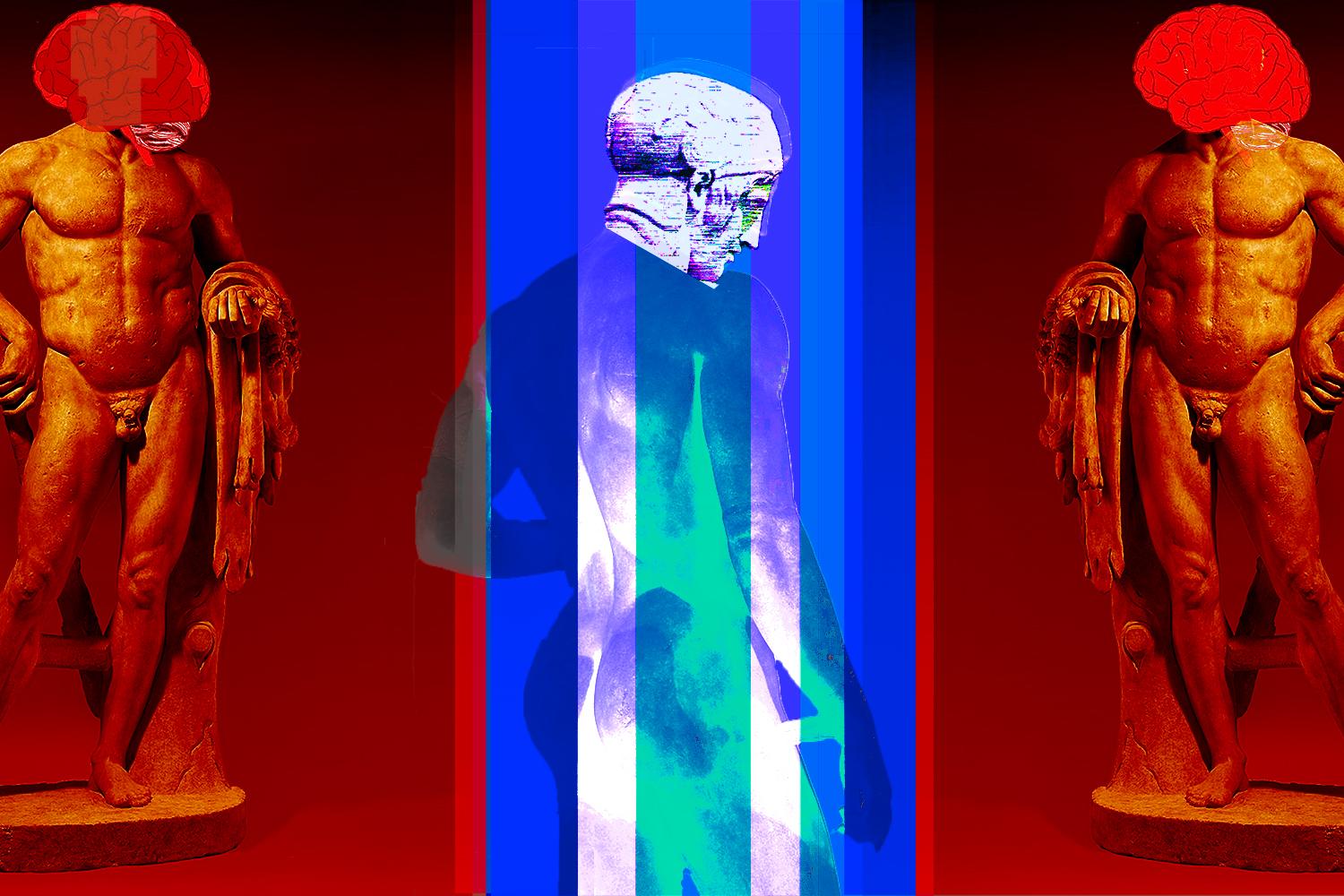 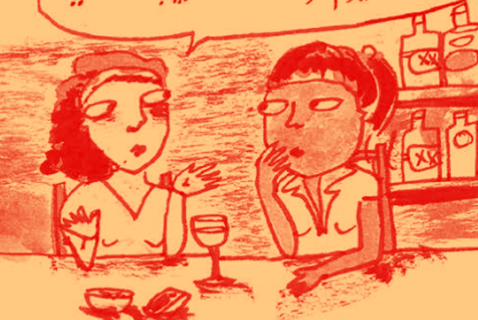