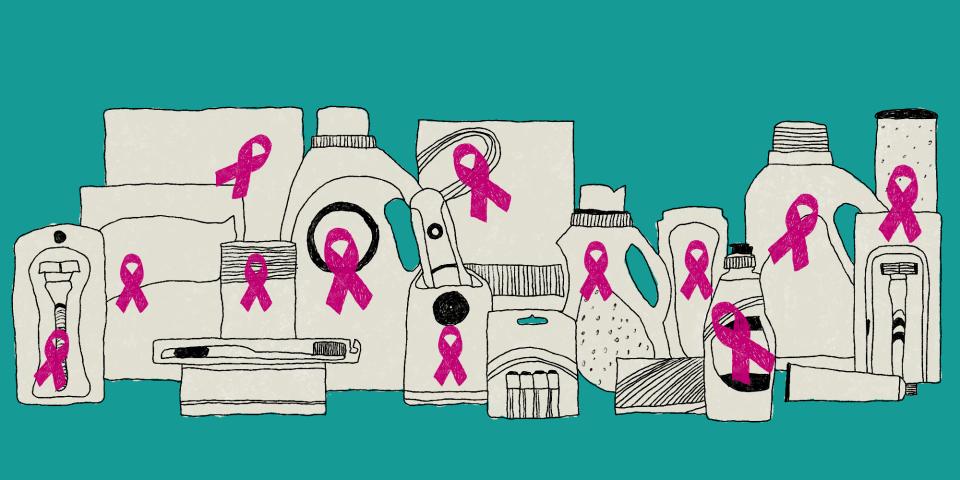 Pinktober: The Commercialization and Depoliticization of Breast Cancer Awareness

As the month of October unfolds, chances are you have seen pink ribbons popping up at every turn from billboards, restaurants, cafes, and malls to magazines, TV, and social media. Pinktober is here.

Conceptualized as Breast Cancer Awareness Month, Pinktober’s official aims are to create awareness, encourage and promote self-diagnosis and medical exams such as mammograms and breast ultrasounds and MRIs, raise money for research and organizations supporting those affected by the disease, and honor those who have passed on from breast cancer.

These aims are not to be disparaged in and of themselves and shouldn’t be constrained to one month of the year. We need more awareness-raising on the early signs of breast cancers. We need more information-sharing about how to perform a self-breast examination, and we need more outreach to encourage women to undergo the early medical exams that might help to ensure a better prognosis.

For me, the issue with Pinktober is not its laudable aim to try and curb breast cancer mortality rates, but the way its liberal, mainstream implementation is being sanitized to the point of depoliticization and instrumentalized by corporations and States to whitewash the impact of their harmful policies and practices on the rights to health in general, and sexual and reproductive health in particular, as well as a healthy environment.

The issue with Pinktober is not its laudable aim to try and curb breast cancer mortality rates, but the way its liberal, mainstream implementation is being sanitized to the point of depoliticization

According to the latest World Health Organization (WHO) data, “In 2020, there were 2.3 million women diagnosed with breast cancer and 685 000 deaths globally. As of the end of 2020, there were 7.8 million women alive who were diagnosed with breast cancer in the past 5 years, making it the world’s most prevalent cancer. There are more lost disability-adjusted life years (DALYs) by women to breast cancer globally than any other type of cancer. Breast cancer occurs in every country of the world in women at any age after puberty but with increasing rates in later life.”

With such enormous impact and prevalence, it is unthinkable to address the issue of breast cancer from solely an individual perspective focused on personal and lifestyle choices. The mainstream narrative carried by the media of the person2 affected by breast cancer as a warrior waging a war against a disease, alone, as if they are removed from a broader social system that significantly impacts not only their prognosis but also the likelihood of them developing breast cancer in the first place has done nothing but instill guilt into breast cancer patients. It’s as if it was their fault if they didn’t manage to “beat” breast cancer. It seems that there exists a stereotype of what a “good” cancer patient is, i.e. one who doesn’t complain, especially not about access to health information and services, endures their treatment, remains upbeat and ultimately heals.

For most people, the journey is not so linear, and failure to comply with this narrative fosters anger and guilt in patients. My mother, a breast cancer patient who passed away from the disease in 2015, wanted nothing to do with being a “good” cancer patient. She was dealing with physical pain and a million and one different feelings and emotions, as well as navigating health systems. There was very little time to remain upbeat so that no one felt uncomfortable around her.

The right to health not only includes the absence of disease and infirmity and the right to the provision of preventive, curative, and palliative health care, but also encompasses the underlying and social determinants of health. That is, the material conditions that shape an individual’s social relationships. As per WHO, social determinants of health are “the non-medical factors that influence health outcomes. They are the conditions in which people are born, grow, work, live, and age, and the wider set of forces and systems shaping the conditions of daily life.” Access to safe and potable water, adequate sanitation, adequate food and nutrition, adequate housing, safe and healthy working conditions and environment, health-related education and information, and effective protection from all forms of violence, torture and discrimination and other human rights violations have a significant impact on the realization of the right to health.

This is how capitalism, racism, ableism, patriarchy, and other structural patterns of discrimination and oppression create power dynamics, unequal distribution of resources and power, and sustain and reinforce each other to marginalize certain groups of people. These systems of oppression constitute social determinants of health. They are often expressed in laws and policies and have a negative impact on the individual's ability to access quality health care. These systems concentrate power and resources in the hands of a small group of individuals (e.g. CEOs, policy-makers) who are considered “the standard” and the norm for deciding on health-related laws and policies, while other groups (e.g. women, LGBTIQ individuals, migrant workers, and other groups who face intersectional discrimination) need to fight and struggle to create a society that recognizes, protects, and fulfills their needs and rights.

These corporations have a vested interest in keeping the struggle against breast cancer as an individual, women-focused issue divorced from the broader demands around the full realization of the right to health

Confronting these systems of discrimination and oppression is an eminently political process, one that involves mass mobilization from below, a fundamental overhaul of social and economic ways of organizing societies, the dismantlement of gender, racial and any other kind of stereotypes and a total reversal of existing power dynamics. None of these will ever get achieved by the wearing of a pink ribbon (the color here has its relevance  - pink for women, reinforcing the idea that this is just a “women’s” issue and not a social one, thus sending women back to the traditional understanding of gender binaries), the selling of pink products, or any clever marketing campaign run by corporations.

These corporations have a vested interest in keeping the struggle against breast cancer as an individual, women-focused issue divorced from the broader demands around the full realization of the right to health and addressing underlying and social determinants of health. Because of their activities, these corporations have environmental impacts that may cause an increase in breast cancers.

As per the UN Special Rapporteur on the implications for human rights of the environmentally sound management and disposal of hazardous substances and wastes, “increasing evidence points to an association between breast cancer and occupational exposures to various pesticides, industrial chemicals and metals.”3

Pinktober seems to offer them the perfect opportunity to avoid any type of accountability for the role they play in impacting breast cancers and for the role they play in fighting medical leave and adequate working conditions for their workers. By carrying campaigns on breast cancer and selling marketing items to show support to the fight against this disease, corporations improve their image and redirect scrutiny away from their lack of respect for workers’ rights and working conditions, the impact of their activities on the environment, and their lobbying against laws and policies that would protect the environment.

Capitalism’s response to any political movement that threatens its existence is to co-opt and instrumentalize it to keep the status quo instead of letting that same movement fulfill its original goal of subverting existing power dynamics.

This is what it has done with feminism for instance, with the emergence of a right-wing, neoliberal so-called feminism, that is, a feminism that doesn’t look at undoing unequal power dynamics across society, but rather is confined to improving the situation of women of the elites by getting them into boardrooms, for example, and looks at individual situations rather than undoing systems. In the SWANA region, we can see this type of so-called feminism play out with individual women from the economic and/or sectarian elites using existing institutions of powers to further their personal brand and access more power for themselves without meaningfully acting for the end of patriarchal structures and beliefs for all.

This is what it is also doing with social justice movements that are trying to frame health as a right that States should be respecting, protecting, and fulfilling as per their international obligations, and that are fighting the ever growing privatization of health systems that is deepening inequalities and hindering access to services of marginalized groups.

If Pinktober was created as a way to honor those who have been affected by the disease and have passed on, then let us not insult them and their memory with cutesy pink paraphernalia. They don’t need any of that: rather, we can honor them by holding both States and non-State actors accountable to their obligations. We can honor them by ensuring equal and universal access to health. That is what we owe them.

Paola Salwan Daher is the Associate Director for Global Advocacy at the Center for Reproductive Rights and an Urgent Action Fund for Women’s Human Rights Board member. She is also a consultant with the Asfari Institute for Civil Society and Citizenship in Beirut. She is a marxist feminist. Her pronouns are she/her/hers, and sometimes Comrade. 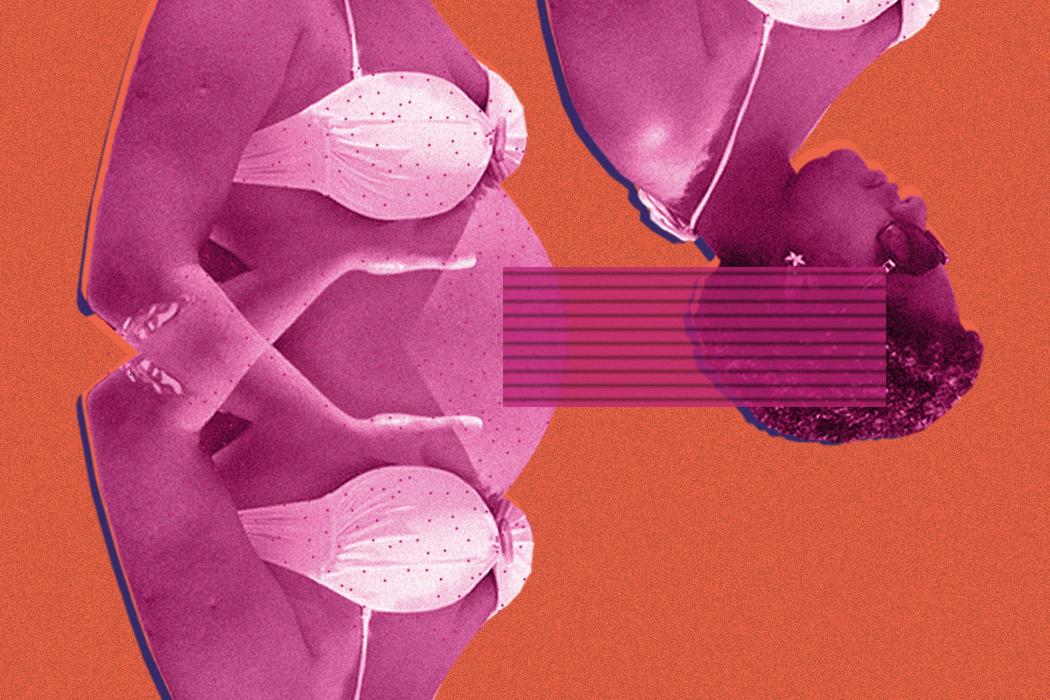 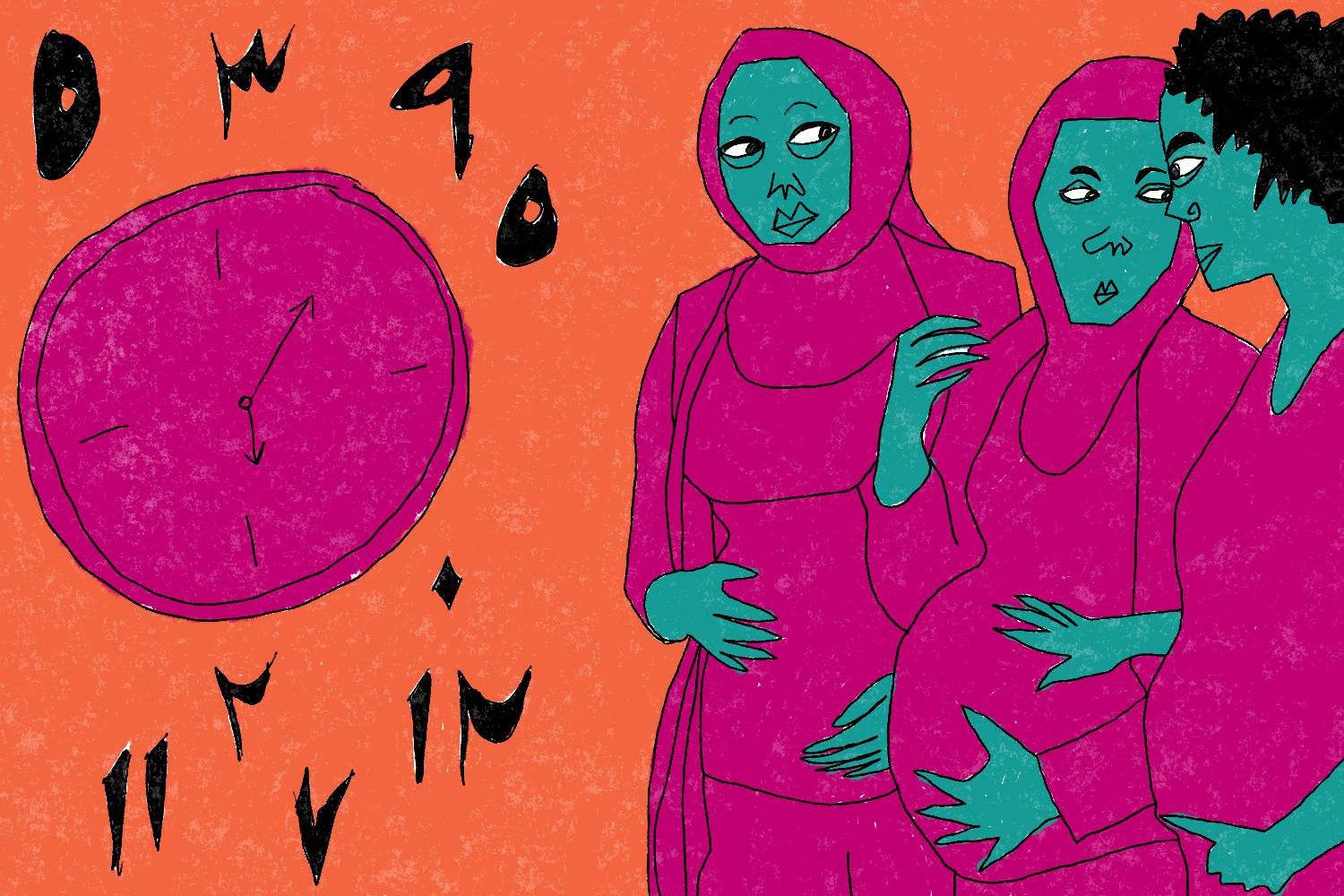