The virility of money: men’s glory and their downfall | JEEM
Skip to main content 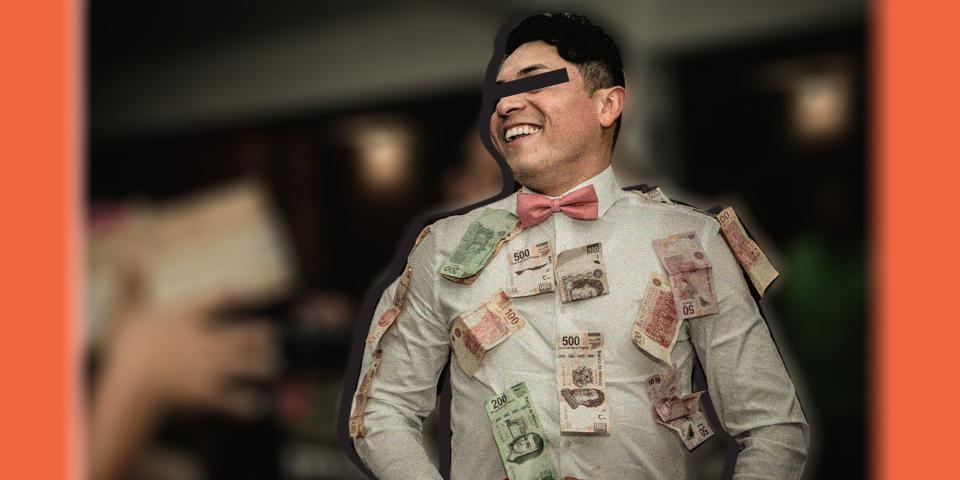 The virility of money: men’s glory and their downfall

Were men created to chase endlessly after money?

Translated from the original text in Arabic by Katharine Halls.

During my tender youth, I often heard my mother say: “Money slips away but men bring more.” The meaning of her words escaped me then, but perhaps she was preparing us for what  awaits boys when they become men, a warning of a lifetime we will spend chasing lost money. A man must split rocks to extract money; that was the unquestionable truth I learnt from her and from other men in our village. Money was scarce in our house, just enough to get by. In the village as well,  there was little wealth to be seen. Most of our folk tales told of naked paupers who turned into sultans through the generosity of the earth, which was brimming with buried treasure and precious metals. Maybe that’s the social function of fantasy: to thinly paper over the cracks of deprivation.

Money is men’s ornament and their temptation—another illuminating piece of wisdom. In our village vernacular, another proverb says: “A man’s beauty is in his pocket.” Money, this meant, enables the production of masculinity. Money is also the challenge that allows it to be proven and shine bright. More often than not, however, men are left to question their masculinity for their inability to get more of it. I always admired the pride of poor men, seeing in them a desperate denunciation of the supposed virility of money. In history’s court of money, scores of men were defeated while others triumphed, but in the final reckoning it is money that is the true victor. Money transcended  its solid metal self, becoming norm, sign, symbol, power, and constitution. Of the many men I’ve met in my life, I have felt in some vague, spontaneous way that there are some who—even if you dipped them in gold from their head to the tips of their toes—would always remain arid and bare, and no beauty of whatever kind would ever grow in their soil.

Money Enables the Production of Masculinity

The money tossed into the wheel of life and society represents a man’s permanent preparedness to be glorious, protect others, and wage war on life. It is the story of men who rule, who take their pleasure, who distribute the spoils. and buy others with their wealth. It is also the story of others, the ones who toil and endure hardship, all while insisting to their children and women that they can still protect and provide so as to salvage a masculinity riddled with fragility. Money is a symbolic market in which values are produced and exchanged, with masculinity at its pinnacle. Marriage is the prime example of an institution through which the virility of money is elevated and transformed into social normativity. It is also a men’s moment in which dominance and possession could be displayed and demonstrated. When I look back at my days in the village, I see respectable men, blue-collar workers and wealthy farmers, marrying young, beautiful women from humble families. I cannot shake off the impression that such marriages are nothing but a bargain between the bride’s father or brother and the groom, especially since women are forced out of school. Why would they even need an education? The husband is now the man of her house and its protector.

For many, when pockets are full, so too are sensory and symbolic corners of their souls. They become confident in their attractiveness or aristocratic status. It might manifest in simple details like generosity on an evening out—and for some, an evening out isn’t complete without women—or ostentatious trips to shopping malls, where men can feel like they are the centre of attention. With financial potency comes symbolic gratification embodied in feelings of glory, superiority, and deep sense of self-satisfaction which gives them the confidence that all requirements of masculinity are met.Wealth is power for those who have it, and a daily habit of cultivating the instinct to possess people and things. It means they are ready, at any moment, to wage war and seal deals, to take pride in the success of one’s shares on the stock market. It is the primitive urge to hunt more prey.

In an age dominated by market requirements, macroeconomics, and financial success stories,  the world of men is riven by a harsh social hierarchy, a dialectic of top and bottom plagued by a pervasive sense of injustice. In a world ruled by money, men’s honorable qualities are made invisible. For many men, losing their wealth can shatter the foundations of their masculinity. It denies them access to the space of desirability created and populated by the wealthy, famous and powerful. To mend their damaged masculinity they will seek new sources of wealth, , or even a new source of power altogether, usually resorting to displays of physical force and . Broken masculinity reproduces a wave of emotional reactions, be it violence, hatred, or contempt to others.. I often have the impression that nouveau riche men are ultimately men whose masculinity is broken, hence their insistence on parading their wealth at all times. They show an exaggerated contempt for the poor, surround themselves with beautiful women, drive flashy cars, and decorate their villas with smartly bound books that they’ll never read—because anything is bought if it says wealth and class.

Many  resist this sense of brokenness or dream of a different masculinity, one that is not measured by wealth. Poetry is a good reflection of masculinity’s aspiration to overcome the virility of money, of the possible alternatives.. The vernacular poetic canon preserves the following line: “The greatest man is one who knows value and his beauty is in his deeds and the strength of his arms.” That is, a good man knows his place, his good qualities is not measured by his wealth, as the proverb I mentioned above would have it, but by his morals, behavior, and the legacy he leaves behind. Similarly, the praise of a man’s “arm” in folk culture does not connote strength and bullying but self-sufficiency and the ability to earn by the sweat of one’s brow.

My father taught me at a young age never to admit to poverty or want in front of others.

In my first year of university, I often made excuses not to go out with my friends because I couldn’t afford the cost of coffee or food. It was an ambiguous feeling, somewhere between manly pride and a deep attachment to the notion of dignity, in even the tiniest details. My father taught me at a young age never to admit to poverty or want in front of others, and certainly not in front of women. However, university life gave me the chance to make new friends, female and male, and quickly these habits and preconceptions dissolved in the warmth of solidarity and sharing—bread, cigarettes, money transfers, university scholarships. Looking back on those days, I remember the voice of a female friend gently rebuking me: “Give us a break from your rural morals, full of poverty and pride.” She challenged the structure of masculinity entrenched within me, produced and reinforced by life and society to the point of becoming subconscious. Her appeal helped me break free from such masculinity and shake off its weight by reconstructing a new masculinity in which self-worth did not depend on money.

Life, in its small victories and defeats, gave me many lessons. The first of which, perhaps, is that the essentialist relationship between masculinity and money is not a metahistorical truth, but part of a sociohistorical process that is constantly being produced and reproduced within daily exchanges that are burdened by power struggles. It is also the manifestation of a suppressed desire to cover over the underlying moral void. At times, it may seem impossible to dismantle this powerful, seemingly ideological relationship. However, it must be done, if we are to create an alternative masculinity which is not afraid of questioning and self-improvement. A masculinity that can gradually let go of the negative emotional reactions that result from the essentialised link between money and masculinity.

Were men created to chase endlessly after money? To answer yes is to make money into an essence, an identity, a destiny, and thus a means to strip men of their humanity and ability to broaden their existential horizons, ultimately holding them prisoner to what they possess or wish to possess. Mahmoud Darwish objected to exactly this: “I have the wisdom of one condemned to die; I possess nothing that nothing might possess me.”

Monetary virility is distinguished by its remarkable power to crush decent human values such as freedom, justice, love, friendship, and respect for others. And since happiness, in one of its philosophical definitions, means rendering life less hard, our quest to divide our burdens more justly with others—men and women—could heal us of the pride and anxiety of hegemonic masculinity. It can make us more humble, more ready to rationalize our relationship with money and rid ourselves of its never-ending demands and expropriations. 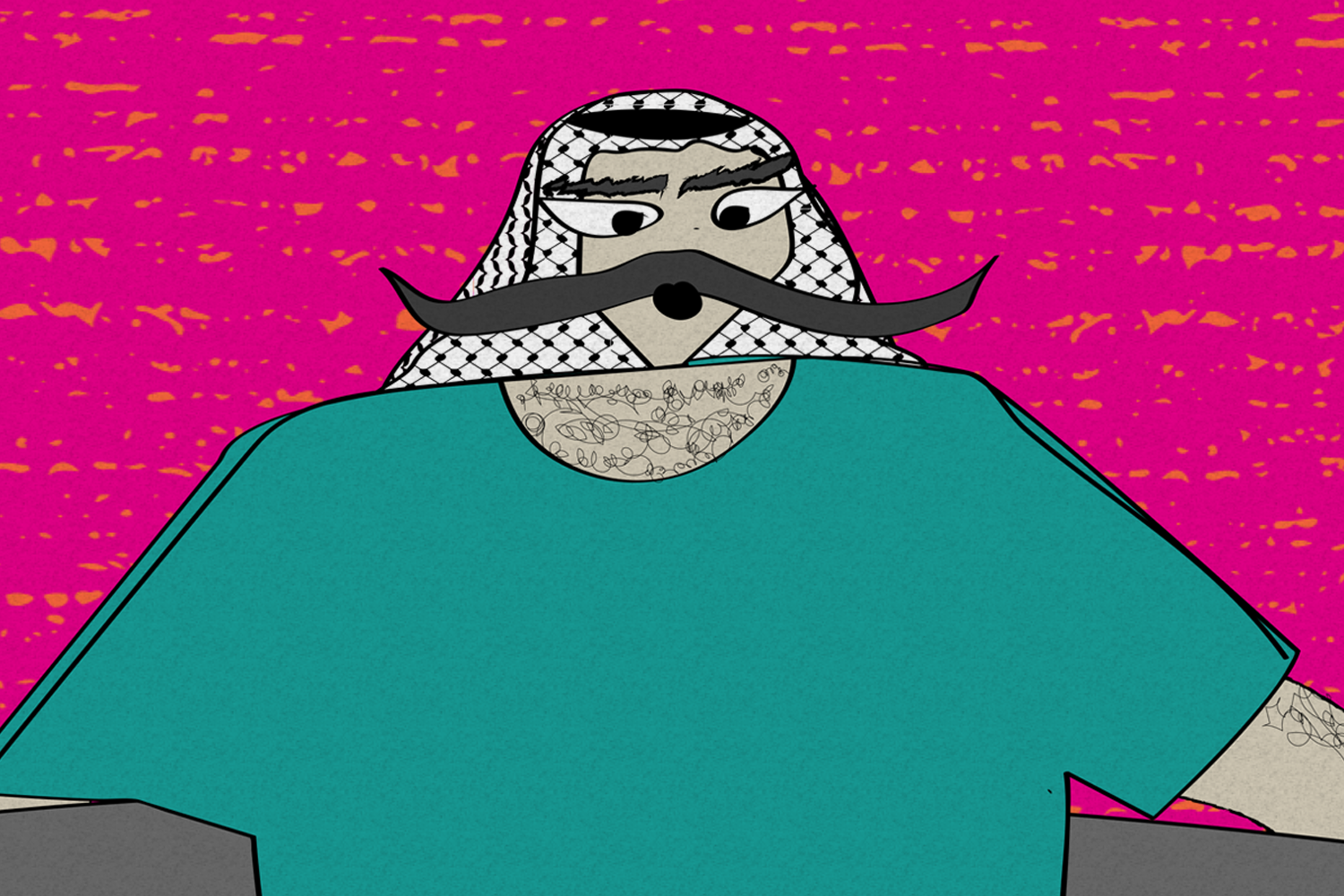 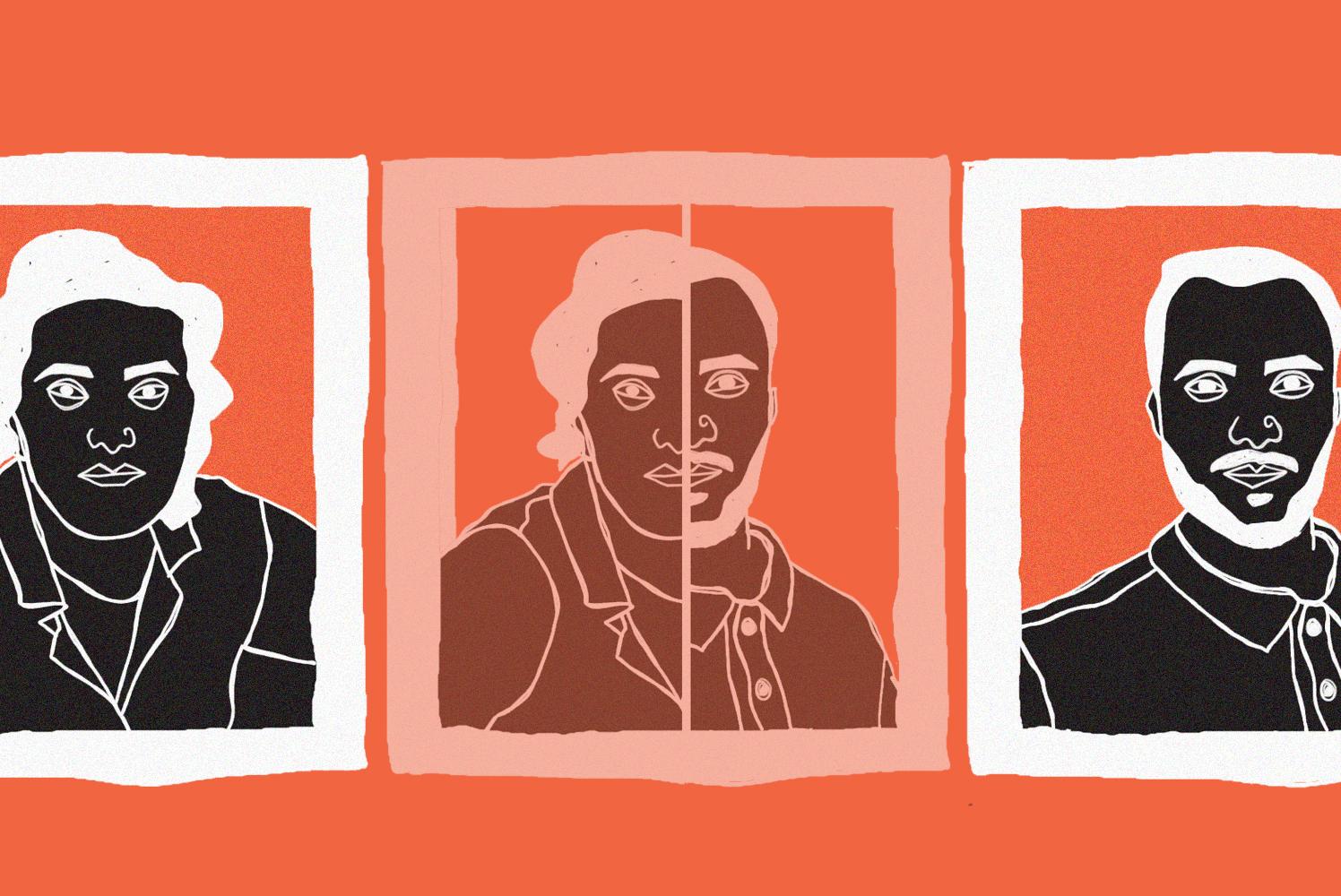