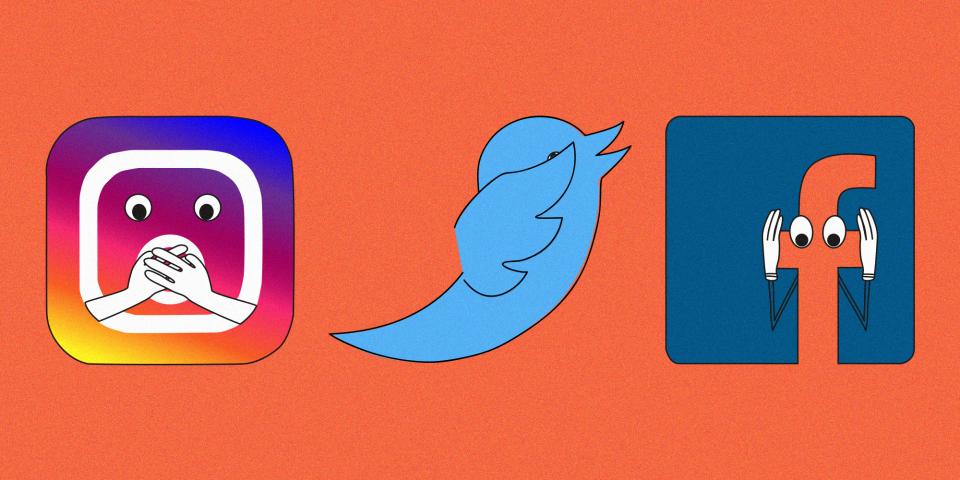 Social media, and Facebook in particular, is fraught with harassment, hate speech, and threats targeting queer individuals and activists in the region. Despite the serious impacts and real-life consequences of the harassment and threats, platforms are failing to adequately address this form of violence.

Several initiatives catering to the needs of queer indidvuals in the Arab region, including magazines, online platforms, support groups, and organizations defending LGBTQ rights make use of new technologies to raise awareness and push boundaries to promote queer rights.

In fact, for queer groups, individuals and their allies in the region, the digital space is one of the very few spaces that enable them to share their experiences, express who they are, meet others like them, find legal and emotional support, and acess essential sexual and mental health information. Yet, this space, particularly corporate social media, is fraught with harassment, hate speech, and threats targeting queer individuals and activists and those not conforming to society’s gender norms. Despite the serious impacts and real-life consequences of the harassment and threats, platforms are failing to adequately address this form of violence.

According to a 2020 study on online violence targeting queer indviduals in digital spaces in Tunisia, Jordan, Egypt and Lebanon,1 conducted by a number of organizations including Mawjoudin (We exist), a non-profit Tunisia-based organization that defends and promotes the rights of LGBTIQ ++ people, and Mosaic, “a nonprofit oganization working to support and promote the rights of marginalarized and vulnerable groups in Lebanon and across the Middle East and North Africa (MENA) region,” only 20% of 238 polled participants belonging to sexual and/or gender minorities said they felt safe online. Nearly 68% of the participants2 said they were victims of online attacks, such as hacking, harassment, hateful speech, and forced outing.

For example, earlier this year, Tunisian queer activists who took part in anti-government protests were targeted online and offline. Protesters faced arrests, arbitrary detentions, abuse, physical violence, and threats, regardless of whether they were or perceived to be part of the country’s LGBTQ community. However, Human Rights Watch (HRW) documented cases where “the police have singled out LGBTI activists for particular mistreatment at protests.” On social media, and Facebook in particular, a vicious campaign unfolded. Consevrative citizens, politicians, police officers and Facebook pages reportedly belonging to police unions harassed, insulted, threatened, “outed” queer activists or those they believed to belong to sexual or gender minorities, and revealed their personal information such as home addresses and phone numbers. One activist told HRW that her private information including her home address and phone number were published on Facebook, and that she received dozens of calls and voice messages, threatening her with rape and murder. In many cases these type of targeted online campaigns create life threatening situations for the LGBTQ+ individuals and communities, especially in Arabic-peaking countries, where homosexuality is criminalized.

Most of the harassment targeting queer people and activists in the region seems to happen on Facebook, and to a lesser degree on Instagram, another Facebook-owned platform, with some exceptions of harassment happening on Twitter in certain countries. Both platforms are among the most used in the Arab region.

Charbel Maydaa, Mosaic’s founder and former director, said that their campaigns and posts on Facebook often receive "harmful" comments that include religion-based hate speech and incitement to violence. In fact, religious conservatism and religious groups are a key driver of the online and offline hateful campaigns targeting the region’s queer communities. For example, in July 2019, a campaign targeting Lebanese band Mashrou’ Leila that was started by Christian religious groups, included online homophobic attacks and threats.

According to Maydaa, the number of hateful and inciting comments "gets worse" when LGBTQ+ groups publish sponsored Facebook posts or campaigns targeting audiences in Arabic-speaking countries. Ali Bousselmi, co-founder of Mawjoudin, made a similar observation. "Compared to other organizations, we don’t receive a lot of insults because we took the decision not to publish sponsored content,” he said. “However, when we go into partnership [with other organizations] that include sponsored content, that’s when we receive a lot of insults and threats."

Beyond just Facebook, cases of incitement and hateful speech have also been documented on other platforms including Twitter. For example, early in March, a homphobic hashtag that contained inciting comments against gay men trended locally on Twitter in Saudi Arabia and Egypt. Although the hashtag only trended for a few hours, it is still being used and tweets that are inciting to violence, and even murder, continue to appear on the platform. Unlike in Tunisia or Lebanon, Egyptian and Saudi users are among the world’s most active Twitter users.

Platforms’ failures in addessing these types of harmful content are a combination of their overall business models and their lack of strong initiatives, measures and policies to specifically protect queer users in the region.

Previous research and studies found that the algorithms of corporate social media platforms are primarily designed to drive engagement. The more users spend time on these platforms clicking, commenting and posting, the more they generate data for platforms to harvest and to use it to target users with ads based on their behaviours, preferences, interests, wants and not-wants. As a result, a homophobic video generating a lot of comments, clicks, and shares is, from a mathematical point of view, good for a platform’s business. The more that video generates reactions and receives comments, regardless of whether they are harmful or not, the more it is suggested and seen by others. It may take a while before a platform’s moderators notice it, and let alone take action. This type of viral content is also good for the business of creators and influencers engaging in hateful and controversial speech to seek fame and grow their base of followers.

A homophobic video generating a lot of comments, clicks, and shares is, from a mathematical point of view, good for a platform’s business

"When someone is new on Tiktok, if he wants followers, he makes videos to mock and threaten gays, and suddenly he has more followers,” Maydaa noted. "Maybe some people will not agree [with such content] and some others will agree, which creates disturbance, thus bringing him more followers.”

Mawjoudin’s Bousselmi mentioned as an example content posted on Instagram by a UK-based influencer with tens of thousands of followers on social media, known as Lapa, in which he bullied, harassed and incited against other users and content creators, including minors, based on their sexual orientations and/or gender expressions. Mawjoudin, its supporters and other organizations repeatedly flagged the account, but it took a week before Instagram took action and removed it from when the organization first reported it. For Bousselmi, the platform’s response was “not rapid enough.” He added: “After all, Facebook is a company going after profit, and fights help its business."

As social media platforms and the tech giants owning them seek to grow the number of their subscribers and their ad sales in Arab markets, questions remain about their lack of policies and measures to respect and protect the human rights of Arab users, and specifically LGBTQ+ users. “I can’t imagine that Facebook doesn’t have the needed resources to tackle this,” Bousselmi said. “There is no serious will on their part.”

According to Maydaa, the platforms need to “put the right people in the right place to moderate what’s going on on social media, train them and educate them about bullying, online sexual abuse.”

When hiring content moderators and training them about human rights and online abuse, platforms should also take into account the diversity of languages, dialects and socio-political contexts across the region. An Egyptian moderator may be able to understand a homohobic post in modern standard Arabic, Egyptian and Levantine dialects, but may not be able to understand and assess the harms caused by posts containing homphobic slang in Tunisian or Algerian dialects.3

Coping with the Impacts

In the Arabic-speaking region, where homsoxeuality remains a crime in most countries and homophobia, including by religious groups, is rife, platforms’ failures and lack of robust mechanisms and policies to protect one of its most marginalised user groups can have real life consequences.

The impact can be devastating, particularly for an already vulnerable community. For example, users in the region who are forcibly outed on social media in campaigns targeting them based on their gender expression and/or sexual orientation can risk acts of violence, getting kicked out of their homes by their families or landlords, and losing their jobs, which puts them in an even more vulnerable situation.

For Bousselmi, the impact of this harmful content is different for everyone. “I am aware of my privilege and the support of my family, and since I wanted to be an LGBTQ activist, I understand the risks,” he said. However, he pointed out that “the risk is always there,” particularly for people who have issues with their families. “I know a lot of people, who lost their jobs, faced problems with their families, got kicked out of the house,” he said, as a result of posts and campaigns outing them on social media and targeting them because of their sexual orientations and gender expressions.

“On a personal level, when one has been trying to change society on some level since they were 20 years old, and suddenly it’s 2021 and they still hear the same comments from people, on some level they lose hope and start questioning themselves: ‘Why am I doing this? What am I trying to change?’ This undermines their resolve a little bit,” Maydaa said, adding that despite this, hateful and inciting campaigns “increase the will of their organization to work harder.”

In fact, with companies failing to adequately respond to such content, queers activists and organizations in the region have not stood silent or still. In addition to reporting and flagging content and campaigning tech platforms to take action, they have also resorted to other tactics and measures. For example, with an increase in online harassment and bullying during the lockdown period in Tunisia, Mawjoudin reinforced its security measures. The organization also provides digital security—with AccessNow’s Digital security Helpline— and psychological support to the queer community in the country. “It’s important to show them how to protect themselves online, [and] protect their mental health,’’ Bousselmi said.

Queer users may not be able to completely avoid the harms and risks of online abuse, but there are steps they can take to enhance their digital safety such as by setting up two-step verification and using strong passwords to protect their accounts from hacking, and adjusting their privacy settings on their social media accounts to control to what extent others can see their details and what they post online. For those living in high risk countries where consulting LGBTQ pages and accounts that provide key resources and other information can be monitored by their Internet Service Providers (ISPs), and the authorities, using a VPN can help them hide their onlines activities.

There are also organizations that provide digital safety support for vulnerable users and groups in the region, including SMEX’s Digital Safety Helpdesk, AccessNow’s Digital Security Helpline and the Digital First Aid Kit.

Afef Abrougui is an independent consultant and researcher working at the intersection of technology and human rights. 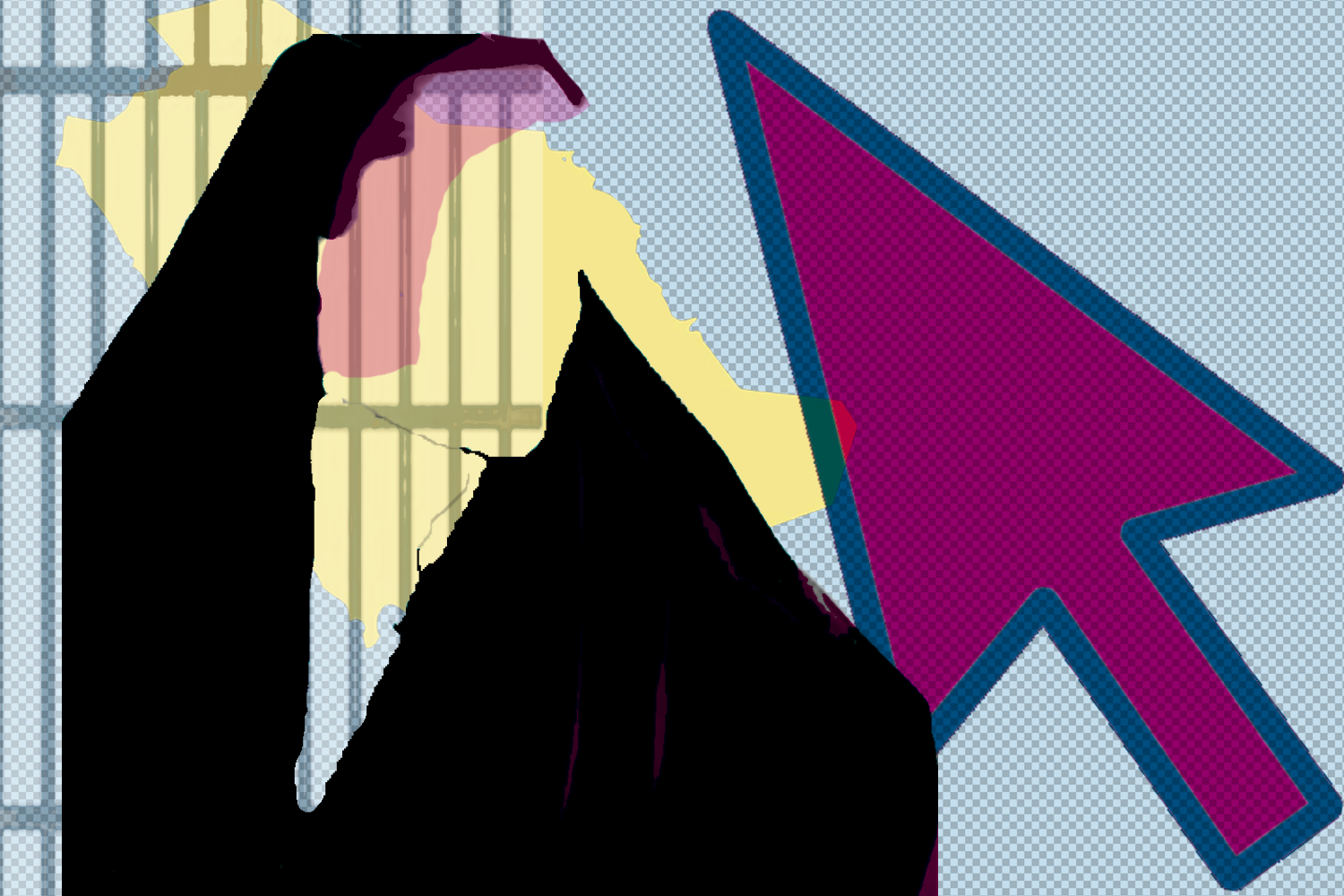 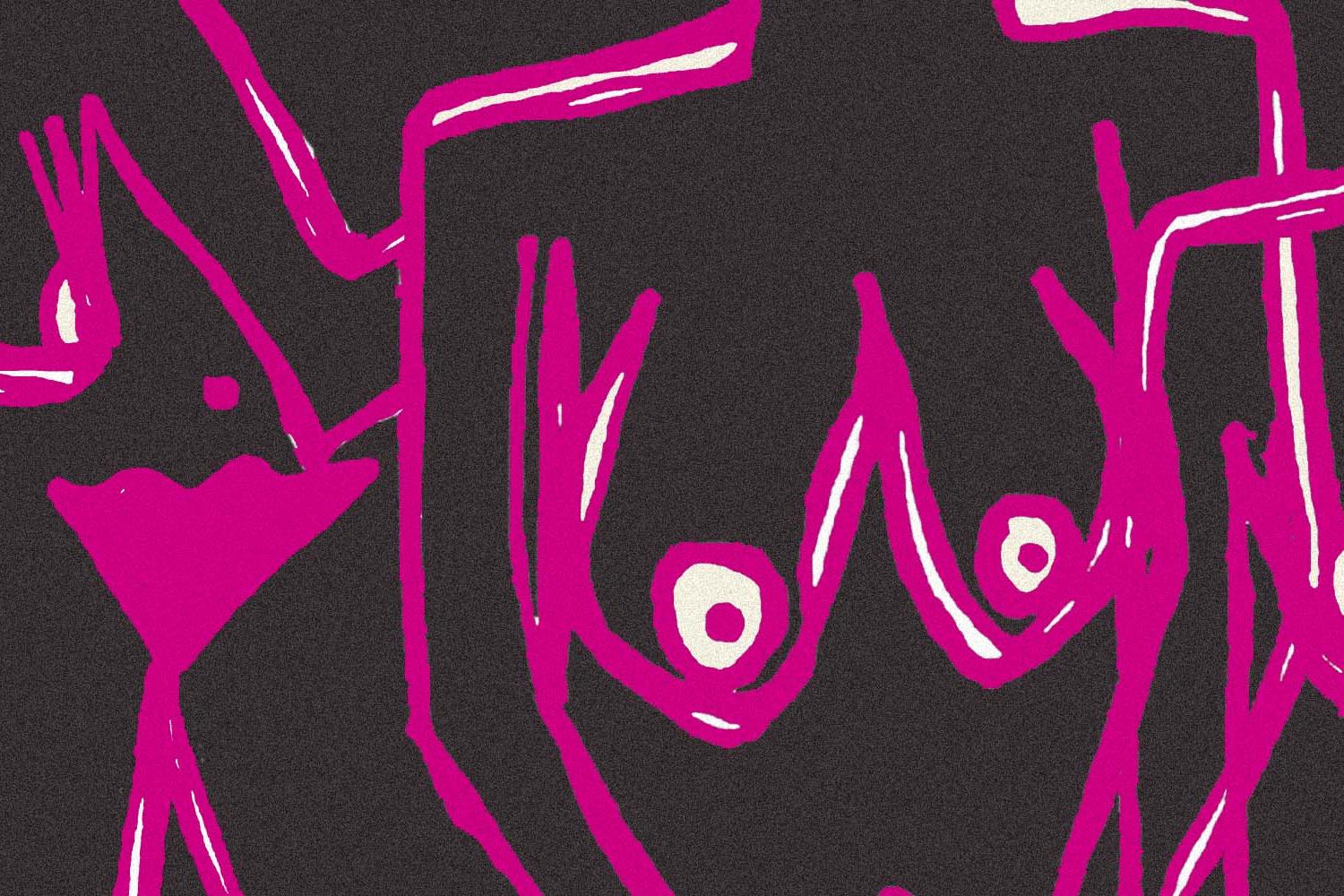