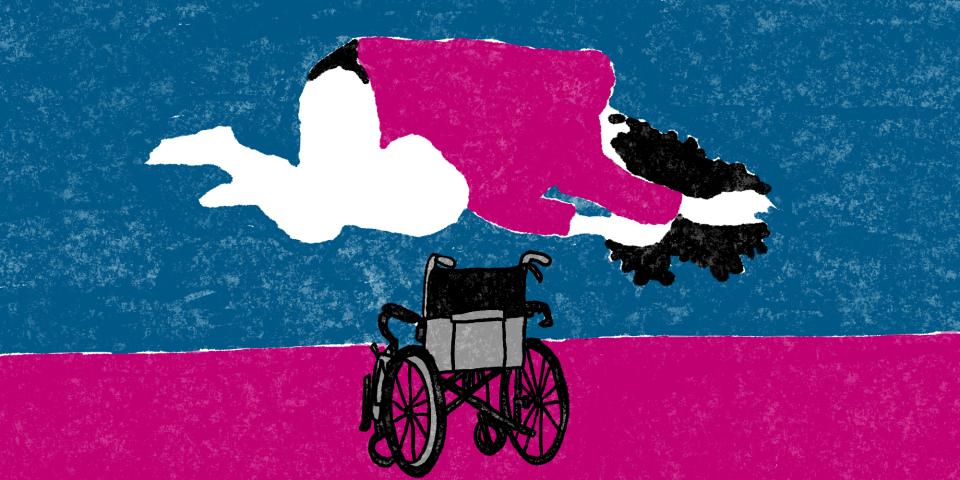 Socks at the Beach: On Body and Shame

When I was three years old, I inadvertently set my body alight. I remember the incident, but not what led to it. The story, or how it was told to me, goes – I wanted to shower. My mother was at the hospital with my older sister, Leila, who was getting her tonsils removed. My father, who had withdrawn from our lives except for when his rage struck our bodies, was sleeping. I went into the shower and opened the boiling water tap. I remember my sister, Souha, who was five, trying to pull me out from under the water. Then I fainted. I woke up at the hospital the next day, then every day, on and off, for a year. My doctors recommended the amputation of my left leg, which, having melted to the bone in disfigurement, risked getting infected.

My mother, whose memory I glorify because she died a few years later, refused. She carried me to the bathroom and everywhere else for the entire year I could not walk. In what I now recognize as a kind gesture, she tried soothing my pain by pursing her lips and blowing at my burns. She cleaned the bedsheets I wet every night with a sorry smile and haste brought by my father’s dreaded reaction. She knew that if he found out, he would have beaten me senseless. I recall my father, with whom I have not spoken in eight years, as a curled fist, a jaw clamped for battle, aiming at my face.

The burn was severe enough for my doctors to agree that I may never walk again. My mother hid this from me. Instead, every day, she would pour ice-cold water on my foot to cool the smoke that was still rising from my skin. She soaked my leg with Vaseline and trained me, unabated by my screaming, to stand on my foot. All I remember of the pain was the prickling sensation when I pressed my feet to the floor, the stinging of burnt flesh, and the uneven blistering at the soles of my feet when I tried to walk. But more than the pain, I deeply remember my visceral shame – about my scars, my limp, and my disfigured appearance. For two decades, I did not look down at my feet. Today, my scars stretch from my back, interrupted at my thighs, and continue to my left calf, webbing at the pinky toe.

More than the pain, I deeply remember my visceral shame – about my scars, my limp, and my disfigured appearance. For two decades, I did not look down at my feet

I blamed myself for the accident and my scars, which I have hid since it happened, and more efficiently after my mother, who had insisted I expose my scars with pride, died. I hid them from the women I loved, from strangers, and most forcefully, from myself. Repulsed by my scars, I did not touch or tend to them, until, at 25, the bone in my foot got infected from rubbing against burnt tissue, and I had to undergo another surgery. This was the first time I had to talk about what happened, in pursuit of a narrative to explain to friends, colleagues, and anyone who insisted on knowing why I was suddenly in a wheelchair.

During the three months I was in the wheelchair, I insisted on doing everything myself. I slipped in the shower, bumped into doors, yelled at anyone who came near my body, and waited in rage to be mobile again. I could not accept that my body was still, and I was not interested in what my immobility could teach me. I felt I deserved punishment for having inflicted those injuries onto myself as a child. I restricted food, I sulked in shame, and refused solutions to the obstacles in my way.

The experience passed, but the shame at my disfigurement stayed.

On November 16, 2020, I left Beirut and arrived in Berlin – a fortunate decision but not without consequence. Beirut had been full of everything tragic and everyone I loved. Berlin, in its desperate winter and on lockdown, was sapped of vitality; it was alienating, and awfully quiet. Back home, I had been operating at a disturbing pace, bracing for the next crisis, with the fear borne of it and the strength that comes from anger over the shared, relentless cruelty we were subject to: a never-ending economic collapse engineered by men in power and a people left to suffer its grinding fallout. In the midst of survival, I was calm, alert, and ready to act. But here in Berlin, the void tapped at my teeth, and panic bounced everywhere.

On May 10, 2021, a general doctor in Berlin diagnosed me with aortic stenosis, a heart disease detected by an abnormal heart sound (heart murmur), and accompanying chest pain, shortness of breath, rapid heartbeats, and fatigue. Naturally, I began researching the condition, and after 12 hours of YouTube videos on ‘what does a normal heartbeat sound like?’, I couldn’t breathe.

My work was familiar, a singular source of stability that distracted me from my afflictions. It was rewarding because it allowed me to take myself seriously and escape my body, which had become my enemy

In therapy, to which I have been committed since 2019, I had been crying for an unidentifiable  reason for months, but I had insisted that I was fine, because I had no excuse not to be. I made it out of Lebanon, I had a job, I was supposed to be ready to lead a predictable life. But my body was bursting, frantic, and in pain.

The only thing I could do was work, which had been my coping strategy when my mind needed to prove that it was still in control. My work was familiar, a singular source of stability that distracted me from my afflictions. It was rewarding because it allowed me to take myself seriously and escape my body, which had become my enemy. When I was not working, I sat on the couch in the consecutive short-term apartments I had rented in Berlin, and the thought of my failure to overcome my ailments would turn on itself until I could not move, eat, or sleep. Familiar shame thickened the air – my body stopped responding and my upbringing had not taught me how to switch from spite to empathy when I was hurting.

I remembered that time when I was a child and I wore socks at the beach, dug my feet into the sand and stared at the water, riveting with insecurity at my condition and bitterness for caring about what people thought of my disfigurement.

On June 10, 2021, when I finally managed to get an appointment with a cardiologist in Berlin, she told me, through Google Translate in English, that my systolic heartbeats were due to severe anxiety, not a life-threatening heart condition. I was relieved. But to my disappointment and despite no longer having a reason to panic, I still could not function. I woke up in night sweats gasping for breath on most days, and my resistance to my dysfunctional state churned me choked. In Beirut, watching our city disintegrate turned into a knot in my throat, much like everyone else, and our synchronized breathless pace was matched with the roaring grief in the streets. Here, my seemingly source-less suffering was mine alone; the reality I found myself in was marked by the absence of collective distress. But the stoic comfort of never having to think about that relief turned violent – I stopped eating, retreated into a dark solitude, and could not silence the voices in my head that were telling me that I was undeserving of relief.

Living to survive was all I had done since I became aware of my reality as a child. I survived my accident, my father’s abuse, my mother’s death, economic deprivation, the violence of men, and my own mind. When my body, having been my unfaltering martyr for many years, decided to stop, I gathered everything I had learned about surviving to protect myself from its breakdowns. And yet, it still crashed, each time with more force.

Especially as women, our societies teach us that our bodies should be pliable, accommodating, a means to someone else’s end. To stop is not an option. Now that I was in Berlin and my body could rest, my trauma became embodied, and I was three again, appalled by what had become of me.

In Beirut, watching our city disintegrate turned into a knot in my throat, much like everyone else, and our synchronized breathless pace was matched with the roaring grief in the streets. Here, my seemingly source-less suffering was mine alone

Throughout my traumatic experiences, anxiety lived only in my head. I worried, made lists of tasks, and planned my next step. Berlin is where anxiety became somatic for the first time, like an electric current razing through my organs, decades after I thought I had overcome the trauma. What diminished was my brain’s capacity to take care of my body, which became its own storage unit. When the calm came, it spilled over. Instead of fragmented flashbacks that would interrupt my thoughts, my body shook with old pain. My body spat out my ability to rationalize my emotions, which had helped me swallow my vulnerability. I was in the hospital bed again, then in the narrow corridor of my childhood home, stuck between my father’s wrath and my mother’s corpse.

The only way for me to move forward, in addition to the blue pill I take for mania and the white pill I take for anxiety, was to allow the panic to take its course, and when it is spent, to leave it alone. I still do not know how to navigate the anxiety when it comes, but I have people in my life now to whom I can speak, and sometimes let see my scars. I am still struggling with shame and restricting food as punishment. But only when I had gotten away from the daily violence of Beirut could I sense that there was a problem, and that it should not be this hard to move through the world.

I know I am getting better when I can be more forgiving with myself. Now, on some days, when my shame is cracking the mirror and my body is dumping its fill, I can stop trying to slap it shut, and I can look down at my feet.

Rasha Younes is a feminist researcher and anthropologist. She is currently a researcher at Human Rights Watch, investigating abuses against LGBT people in the Middle East and North Africa region. 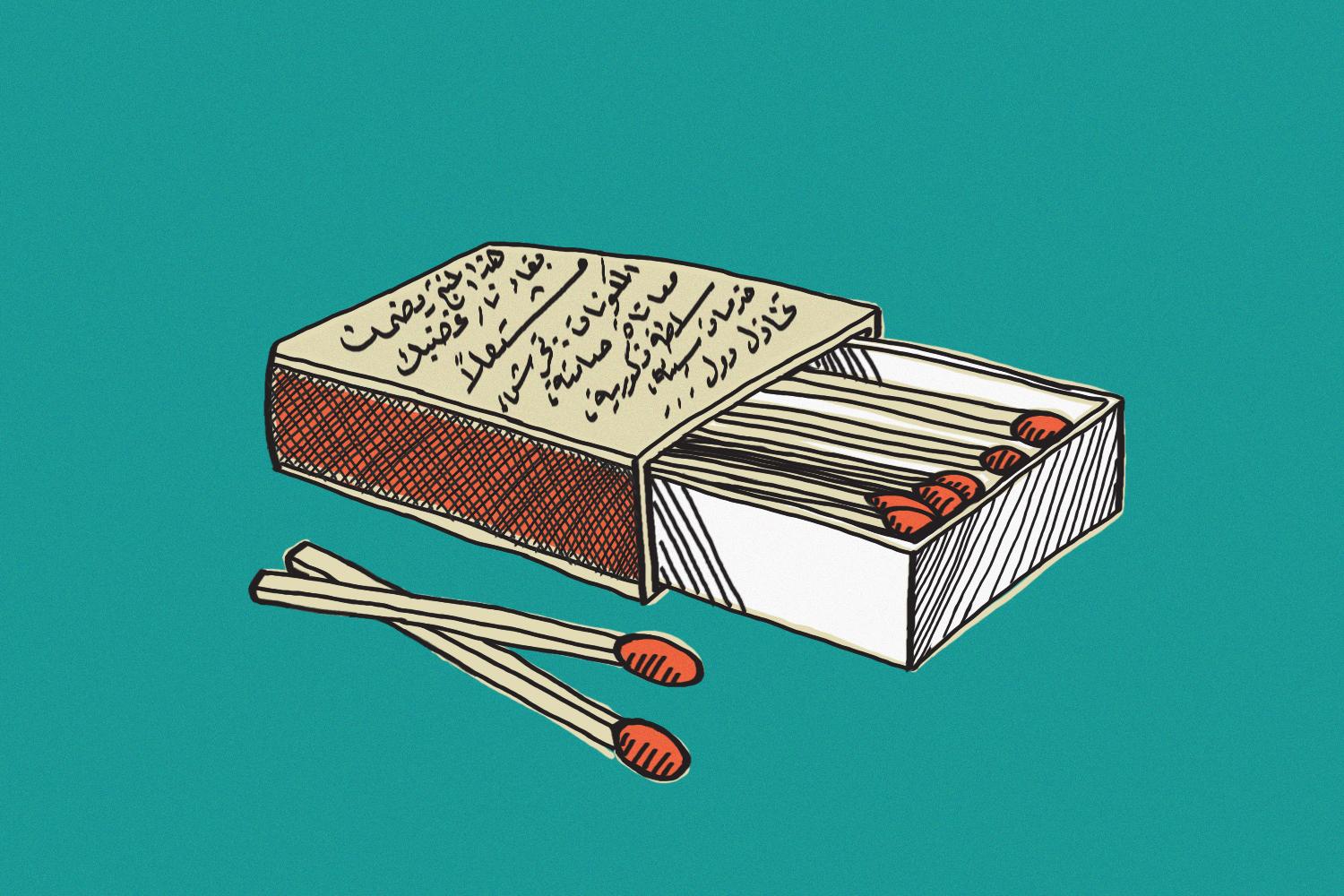 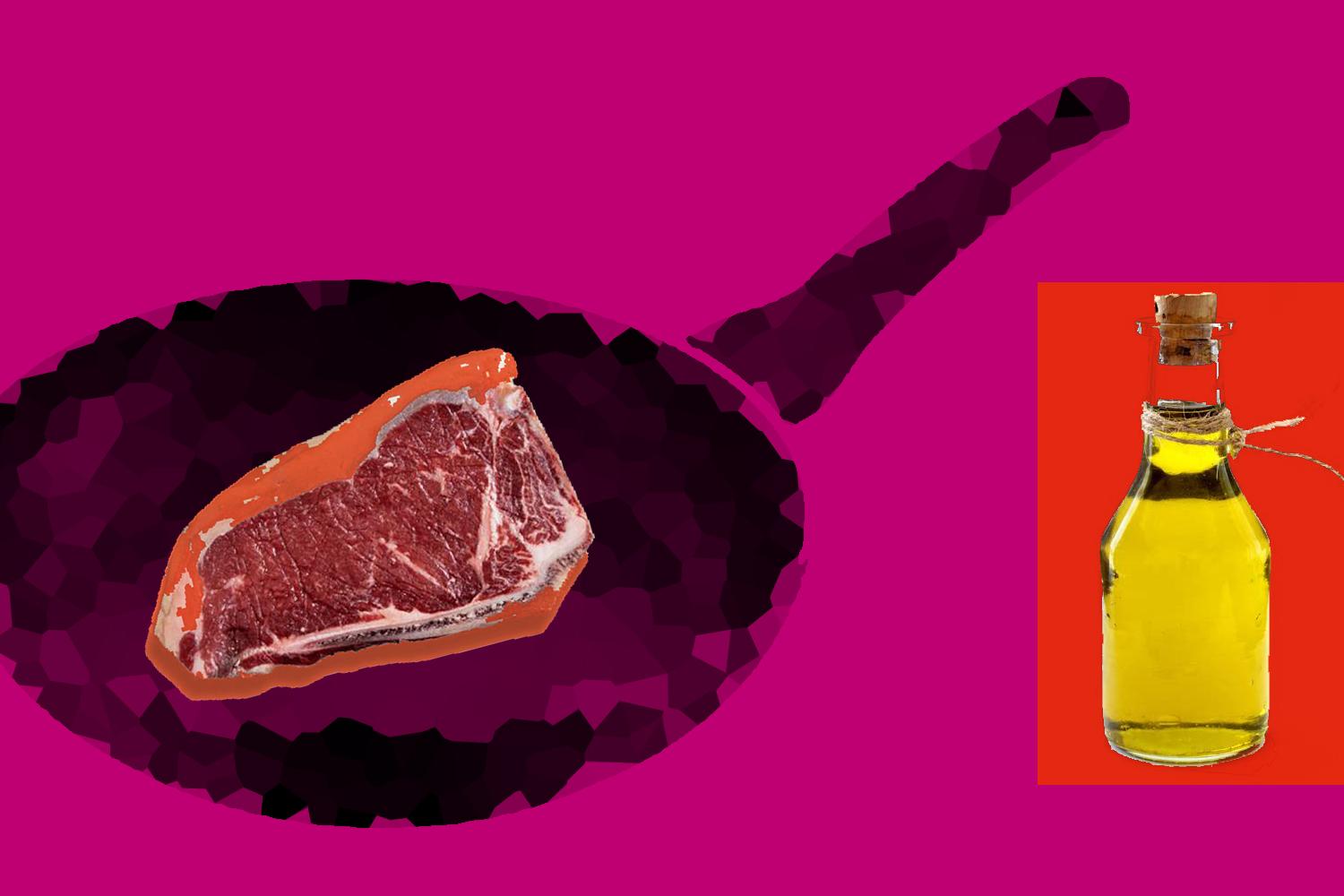