Film review: ‘The Wife of an Important Man’— Was Mohamed Khan a feminist? | JEEM
Skip to main content 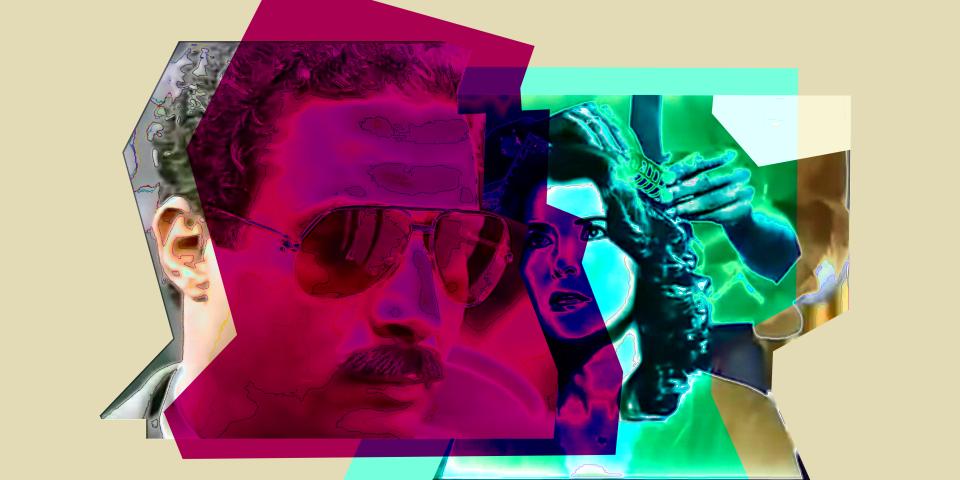 Director Mohamed Khan presents, in the character of Hisham, a precisely drawn and true-to-life portrait of masculinity.

‘The Wife of an Important Man’ is an important film in the history of Egyptian cinema, particularly for fans of films from the 1980s. The significance of the film lies primarily in its documentation of the 1977 bread riots in Egypt, and in its highly sensitive and detailed treatment of the political situation and activity that took place in Egyptian society during the Sadat era, as the economy shifted from socialism to capitalism. Director Mohamed Khan tackles these issues through the life of a married couple, in a masterful synthesis of the public and the private, the political and the intimate.

Mona, played by Egyptian actress Mervat Amin, is the only child of a supportive father and a caring mother. She lives a simple life, without fanfare, the routine days of a middle-class family. Khan depicts Mona’s character as reserved, but hiding behind her quiet softness is an emotional toughness, a strength that she does not put on display. Hisham, played by Ahmed Zaki, is a young police officer who chooses her to be his obedient wife. The character of Hisham represents a masculine figure whose lust for power knows no bounds.

The conflict between the two main characters begins slowly and continues in a gradual, complex buildup to take on dimensions beyond the scope of their relationship. The social struggle, built on dominance and exploitation, is embodied in binary oppositions: power versus the will of the people; capitalism versus socialism; masculinity versus femininity; violence versus art; the mind and knowledge versus arrogance. These facets of the struggle intersect and fuse in a skillfully executed plot, which comes to a head at certain points in the dialogue. Below is a closer look at several of those.

Police: the official uniform of masculinity?

At the 42-minute mark, we see a police officer interrogating a writer famous for his critical articles against the regime. The officer shows his respect for this writer, ordering a glass of tea for him and offering him a cigarette. Hisham objects to his colleague’s behavior: “What are you doing? Are you interrogating him or patting him on the back? Ordering him tea, offering him cigarettes! Are we sitting in a café or something?”

“What’s wrong with that, sir? Mr. Magdy is a well-known writer — we all read his work. Aren’t we supposed to respect people and treat them well?”

Liberalism versus freedom of speech for workers and/or women

At a New Year’s Eve party, a businessman and liberal member of parliament is proudly showing off his phony views, and is applauded by social climbers such as Hisham. Mona dares to object to his opinions, and he responds to her in a disparaging manner. Her husband doesn’t support her nor value her ideas, so she leaves the party with her pride wounded.

“The country is a mess: the workers are now talking politics, and the people who do politics have become workers! And it’s all because of their idiotic ideas! Like that whole High Dam fiasco — it ruined the soil and the crops are tasteless now! And all those songs: ‘We said we’d build the High Dam, and now we have!’ Ridiculous!”

“Excuse me?! I like hearing different opinions and enjoy debate.”

“My father is an irrigation engineer. I’ve travelled all over with him. He always made it clear to me that, if it wasn’t for the High Dam, the whole country would’ve drowned in floods or died of thirst. Our agricultural lands wouldn’t have been enough to feed the growing population.”

“Let me respond to that. These are the kinds of things students say, students who have memorized the set curriculum and textbooks.”

The battle has many faces, with femininity-masculinity at the fore

There are endless approaches to analyze and discuss this perpetual, seemingly irresolvable struggle that we have inherited. What is striking about this film is the way it thrusts the feminine-masculine binary into the battle of political, social, and economic struggles, giving it priority over them all. Khan has made the liberation of women from masculine hegemony into a central issue of the film, rather than a marginal one — in contrast to some present-day leftist intellectuals, who hem and haw around the masculinity-femininity struggle and refuse to treat it as a priority.

The concept of ‘symbolic violence’ appeared in the work of French sociologist Pierre Bourdieu, who developed this idea to demonstrate that society, and the active agents in it, do not only struggle in a purely material way, as classical Marxist theory has assumed. He sheds light on a set of symbolic struggles internalized by individuals and groups. In his book, Masculine Domination, Bourdieu deconstructs the mechanisms of this domination through real-life examples that fall under the logic of symbolic violence.

In ‘The Wife of an Important Man,’ Khan was able to portray the concept of symbolic violence in the relationship between Mona and Hisham. He foreshadows a complex scientific thesis by offering a series of precise and authentic visual portraits to convey the concept of symbolic violence, which Bourdieu attempted to examine and prove the existence and effects of, opening up a space of legitimacy for further exploration.

Demonstrations break out to protest price hikes, in what has become known as the ‘bread riots.’ Hisham wages battle on the protestors and arrests them to curry favor with his superiors. He returns from his frenzied battle for power to find his own wife, due to his neglect, in a state of protest. She has decided to leave the marital home and go to her parents’ house. He responds calmly to her protest:

“How is that possible — I’m the one who’s keeping the country secure, and I can’t keep the peace in my own home?”

The camera moves from Hisham and Mona’s faces and focuses on their mouths, shifting the core of the problem to a primeval struggle between man and woman, stripped of their individual selves, as is conveyed by Hisham’s mustachioed mouth and Mona’s soft lips.

“Do you remember what you said to me before we got married? ‘When I’m with you, I feel like all the doors are open…like everyone respects us, waits for any sign from us.’ You were so impressed by all that. At that point I thought: here’s a woman who can be my wife.”

“I want you to stay a child forever.”

Her reply sums up her struggle with herself and with him: “That’s the problem. I’m growing up and understanding more every day. The infatuation is fading and the truth is becoming clear.”

Or is it a crisis of masculinity with itself?

Mohamed Khan etched out the character of Hisham in intricate detail to present to us the concept of masculinity embodied in a vivid character from our everyday reality. A dualistic figure, torn between the image of the egotistical, powerful man who controls the fate of others, and an unstable, emotionally fragile, insecure man, incapable of connection or reaching out for help, who does not have the necessary emotional resilience to overcome crises. Khan’s portrait raises a pressing question: Does masculinity, in its desired image, conceal an imbalance in the psychological makeup of its fragile figures — men?

A 2016 American study published1 in the Journal of Counseling Psychology2 tackled this question by exploring the relationship between mental health and traditional ‘manly’ behavior that conforms to ideals of masculinity. The study found that strong attachment to masculine norms is linked to negative social behavior, a greater susceptibility to mental illnesses, and a lower likelihood to seek help.

Khan examines the symptoms of this illness of masculinity through close scrutiny of the breakdown of Hisham’s character. Hisham loses his job and power, and the pillars of his masculine character collapse along with them. He isolates himself, and his inner violence explodes into physical violence against his wife. She is forced to confront reality and ask her father to protect her from her husband, who starts off as a loving figure whose fundamental flaw is a hunger for power, and gradually turns into a monster.

The director concludes this epic struggle with an exchange of fire between the two men, the husband and the father: a masculine, domineering man and a non-masculine man who is trying to save his daughter. In this lightning-quick confrontation, the struggle ends with two bullets: one kills the kind savior father, and the other kills the domineering husband. It is as though Khan is trying to convey that the battle is between man and man against deadly masculinity, which drives men affected with it to destroy themselves and those around them, in a frantic race to match this image of masculinity. 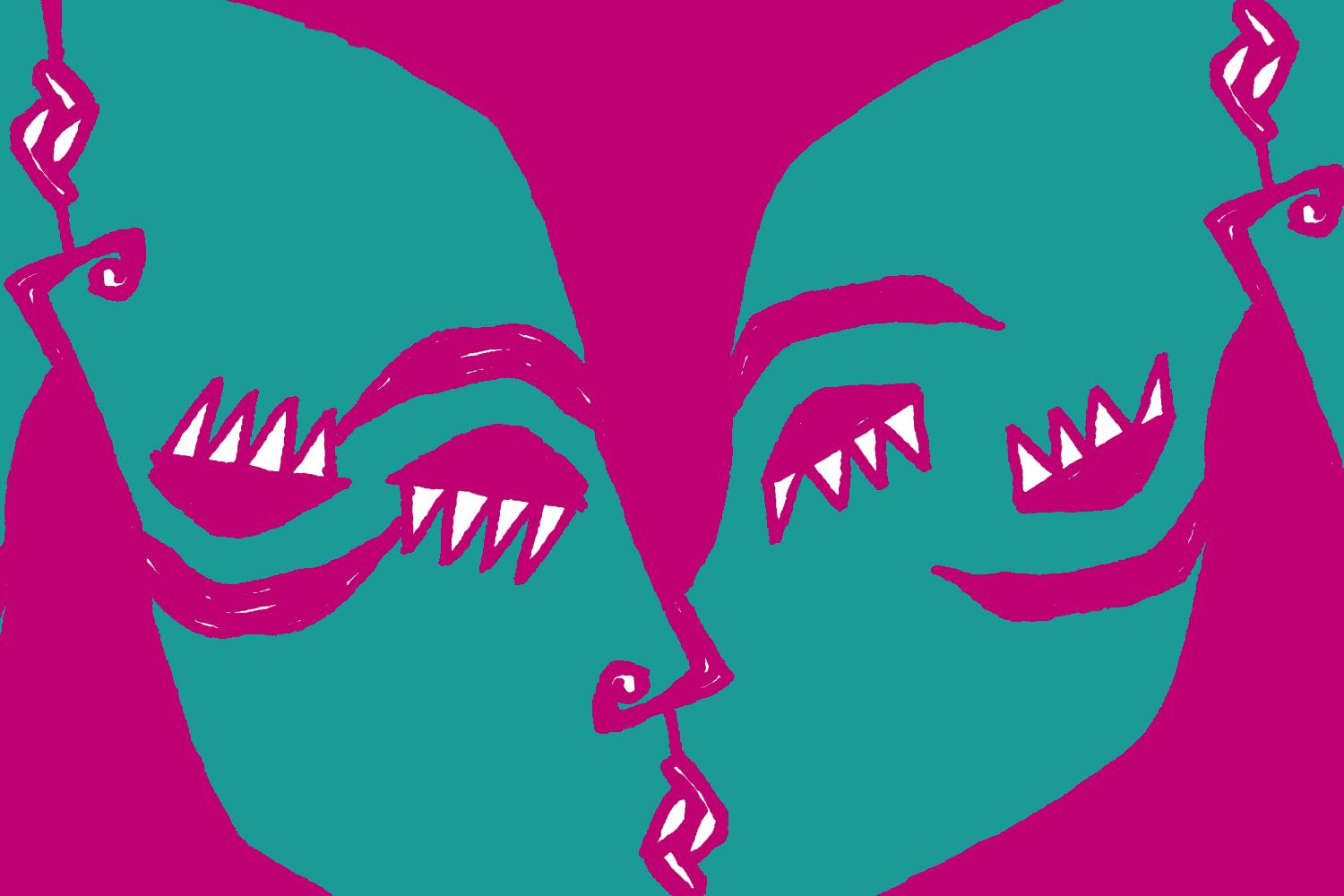 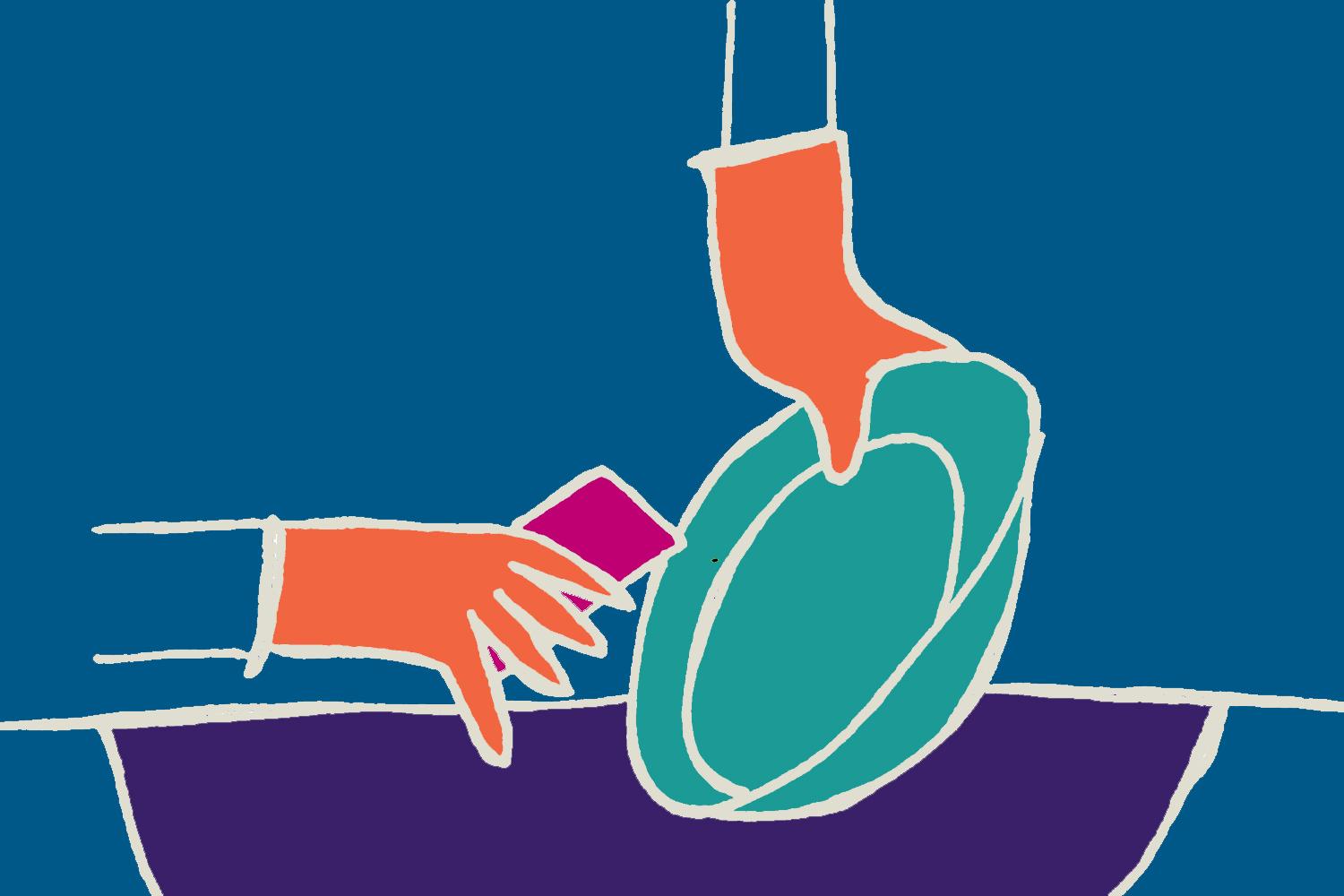