Born half in shadow, half in light | JEEM
Skip to main content 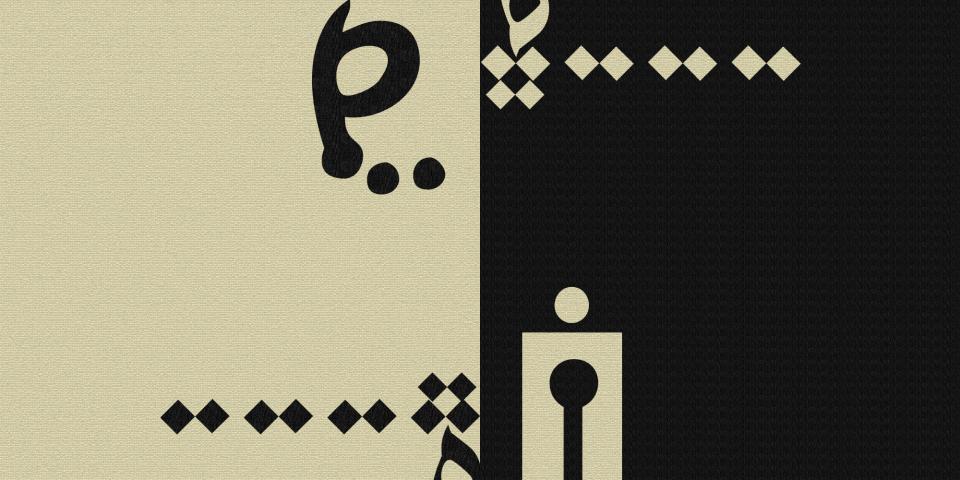 Born half in shadow, half in light

Alaa loves and accepts her female body, and also loves being a woman. Sometimes, however,  she feels that a male soul dwells inside her, gradually taking over her body. The state persists for a few days before fading away and she returns to her natural state. But is her essence feminine or masculine? Or is she simply a human being, in whom both exist?

Some time ago, we were examining a small black kitten we had adopted. At a few weeks old, I gave it a male name, thinking it was male. A few months later, my sister came to me with the news: “Your cat, Hadi, is actually a female, not a male.” This created some confusion in our house for a few days. I kept calling him “Hadi” (meaning “quiet one”), the name I had given him on the very first day, when I saw how calm and quiet he was. After that, we were unsure what to call him anymore. Each of us tried different names: sometimes we called him Hadia (a female version of the name), or Heidi. My mother tried to call him Dodi, but it did not work. So we just kept calling him Hadi.

Gender is a social concept, that is the conclusion I drew from my long journey of growing up. The concept played a major role in my life.  I first became awae of gender discrimination at the age of six -I the conservative town of , where I grew up -  I peered out of the kitchen window to watch boys play in the street, while it was frowned upon for women to even look out of windows.

In the past two years, I started randomly searching online for answers to my questions. The first time I Googled the question, “What does it mean to feel female and male at the same time?” I was astounded at the number of answers out there. I had just arrived home and was chatting with my brother about my day. I found myself uncharacteristically upset by the feminine form he used to address me. In that moment, I felt I was male, that I was my brother’s brother, rather than his sister. I wanted to get up and say to him: “What would you feel I were to transition to being a man?” But I said nothing, knowing that these feelings are temporary. I’m at peace with my female body. I love it, and I love being a woman. Sometimes, however, or perhaps most of the time, I feel that someone else’s soul, a male soul, dwells inside me. It gradually takes possession and control of my body, until I am filled with it. The state persists for a few days before fading away and I return to my natural state. My natural state, in any case, is not feminine, but that of someone in between femininity and masculinity. Most of the time I feel neither male nor female, I don’t feel that I am anything at all. I sometimes ask myself, “What does it mean for a person to be male or female?” My wonderings only find answers when my inner pendulum swings this way or that.

I’ve written a lot over the course of my life, often free writing and without conscious directions, and mostly with a masculine voice that came naturally, without being forced. Readers and critics  of my work would often comment on this peculiarity, but I found these remarks rather trivial, a poet or writer should never be confined to the gender into which they were born. Writing is a broad horizon; we can write whatever we want. We write in order to be liberated from everything, even from our very selves. That was my answer at times, just to silence the criticism, but then I would find myself projecting the same questions onto my life beyond my writing. “If writing means a faraway horizon, other worlds where the realistic standards of life don’t apply, why do I — in my daily life — hesitate so much to apply the Arabic feminine suffix (-ah) to myself? When I write that I’m a “sha‘irah” (“poetess”), I hesitate when adding the feminine suffix — and yet when I remove it, the blunt male word, “sha‘ir” (“poet”), doesn’t feel like it represents me either. If I were neither a sha‘irah (with the -ah added) nor a sha’ir (with the -ah removed), then who am I?

Are there even behaviors specific to men or women, or are they all just social stereotypes?

I reject all labels. I started saying that I don’t feel comfortable putting a label on myself. It feels like putting myself in a box, and that is exactly what I hate. I imagine life then as a big store and people as canned goods, categorized and lined up on shelves. By rejecting any and all categorization, I can retain my freedom and exist outside these shelves. But then I ask myself: “Am I rejecting categorization? Or do I not know how to categorize myself? And why do we have to categorize ourselves?”

All attempts at fitting into the image of femininity or masculinity led to me feeling confined in each. I am male and female at the same time. What is the problem with that? Why do I have to be one or the other, to force myself to one side? I feel that I exist in my full power and energy when male and female selves come together to form a full human being. In fact, I feel both are the same self. I have come to realize that femininity and masculinity are essentially the same thing: a human being before it split into two halves and each one went its separate way. This union between male and female is myself, as I feel it most of the time. I prefer to call myself a human being, period. Only then do I feel balanced and well. However, I could also be described as an hourglass, whenever one end fills up and the other is emptied, I start to sway. My time on this side ends, and now I’m going to the other side. It sounds complicated, does it not?

The first time I heard the phrase “coming out of the closet,” I kept thinking about it for several days. I began to ask myself: “Am I in the closet or outside it? Is there even a closet in my life?” I couldn’t find an answer, and I started to dig into my memories to understand how people around me perceive me. It was then that I remembered the black cat and her perplexing sex. As a joke, I said: “In the end, we will come to realize it is neither male nor female.” My mother laughed at the time, saying: “Like yourself.” When the silence stretched, she added: “You spent your life confusing everyone, no one could tell whether you are male or female.” To soften the implicit accusation I responded: “I’m both.” Then, she laughed and said: “In that case, we will have to kill you. Aren’t there sayings by the prophet stating that  should be killed?” The conversation ended then, she stood up and left the room laughing in a tone between humour and cruelty.

At the time I wondered: What does the word mukhannath mean? And does that apply to me? I look at my body and find it a beautiful, feminine body. When I wear dresses, I attract a lot of attention and receive many compliments. I am a woman, and it would be better if I stayed on to that side. I could even put an end to the internal struggle I live with. Not to mention that I am attracted to men sometimes, I could find myself a man I can love and marry. That way I can stay on the safe side and avoid conflicts. I was born in a female body afterall, and I don’t have any problem with it. Why is it so difficult to let it go, then? Why don’t I walk safely on the pavement and live my life peacefully, instead of walking, exposed, in the middle of the street? Would it be worth it to confess my inner turmoil? Would it not be better to just deny everything? Even if it was plain for anyone to see. In fact, people often ask about my gender because I sometimes (or perhaps most of the time) act like a man.

I fought many battles with my family about religion, the hijab, my profession, etc. We are all exhausted now. We each now have what we want: I have my space and freedom, and we managed to stop the constant bickering. We each know where we stand now. I don’t clash with anyone, and no-one clashes with me. Would it not be better if we each accept where we are and enjoy the peace? If I brought up the issue of my gender with my parents, the question of my sexual orientation will certainly come next, and that is one thing they will never accept. It will only bring them more grief. I no longer need their approval. After numerous battles, I no longer need them to accept me. I accept myself and others’ approval is no longer necessary.

My siblings know. I did not explicitly come out to them, but there were signs that they pick up on. The way I express myself. When I’m directly asked the question I avoid the conversation, leave the room, or change the subject. And so the cat and mouse game continues. It is my way of expressing myself while  avoiding conflict at the same time. Life goes on. To definitely  “come out of the closet” will lead to my “confessions” being used against me. With time, I got used to leaving one foot in the closet and the other out. These fears might just be my imagination. I might come out without anything happening. It is just as likely that a coming out will ignite yet another never-ending conflict. For the time being, I like my life as it is. I want to focus on more pressing things, such as gaining complete independence, advancing in my career as film director. I love my career, especially that I would much rather express my worries, problems, questions, and fears through that medium. This has always been my way.

In the past, I expressed myself through poetry. People knew everything without me having to choose direct confrontation. I faced judgement for the content I wrote, but I always answered: “It’s only poetry.” Even now, I would rather avoid submitting myself to the judgement of an ignorant society or  a family willing to withdraw all my privileges, or consider me a disappointment at best. I will continue to express myself in the way I feel comfortable, with all the contradictions and fears that I can only express through art. If anyone asked me, I will continue to say: “It’s just cinema, or it’s just poetry.” It is how I intend to avoid being ostracized, as much as it is possible. It is also how I will avoid getting killed, or killing myself even. So far, it worked. I am not hiding to the point of suffocating, nor am I out to the point of leaving myself exposed and defenseless in the face of the mobs of ignorant and violent people. 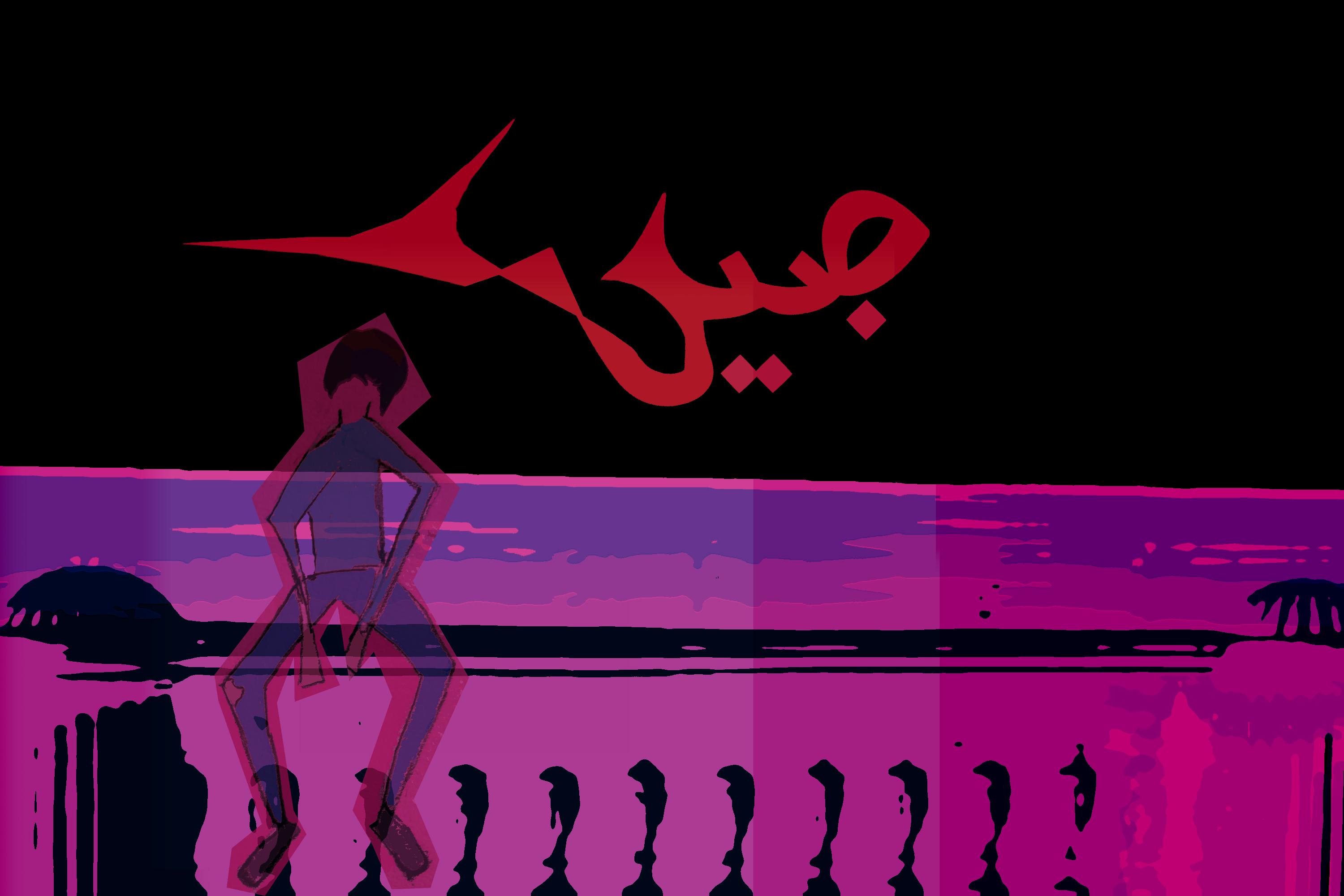 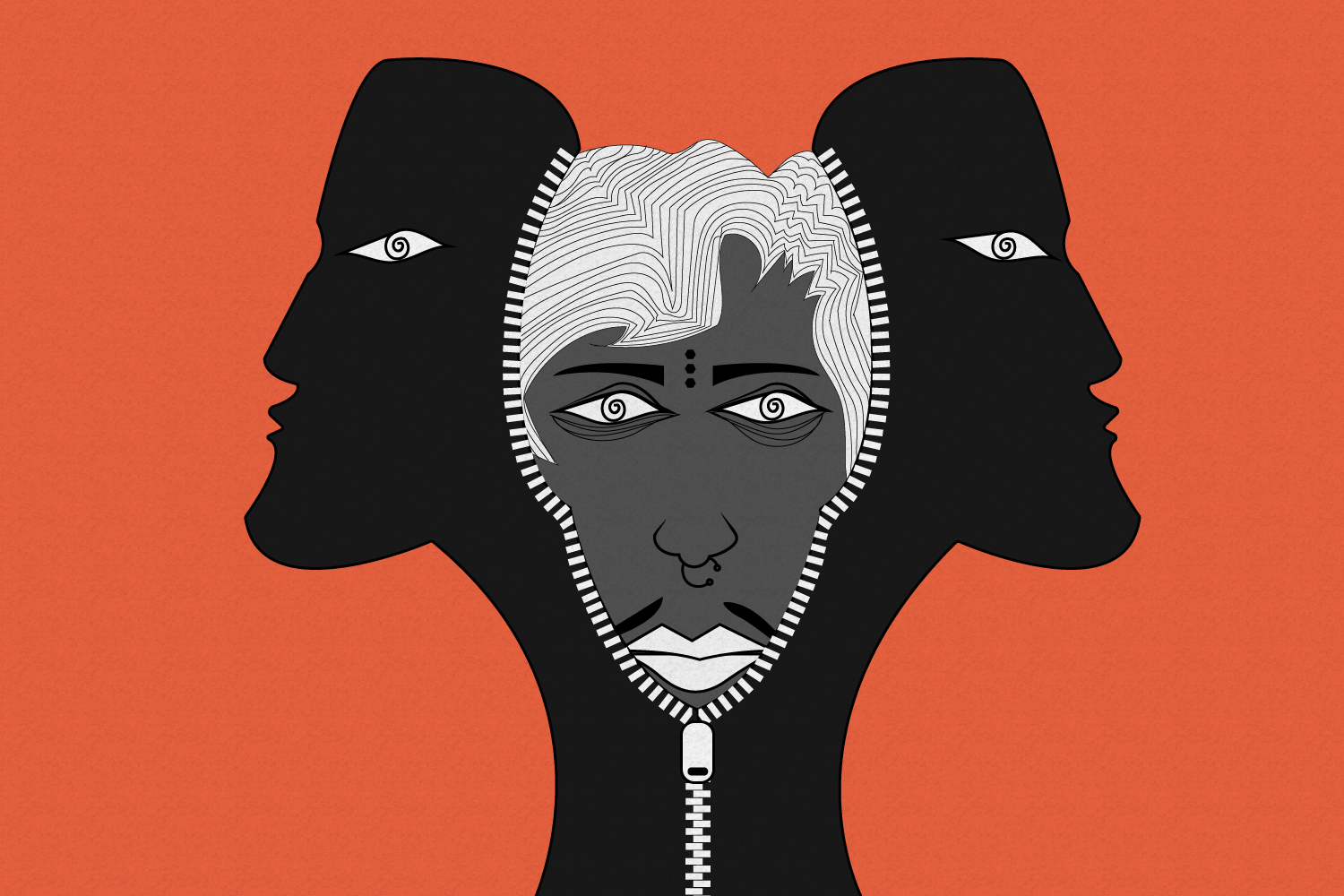