Ramadan Away: Looking for a Sense of Belonging Beyond Religiousness and Imposed Practices | JEEM
Skip to main content 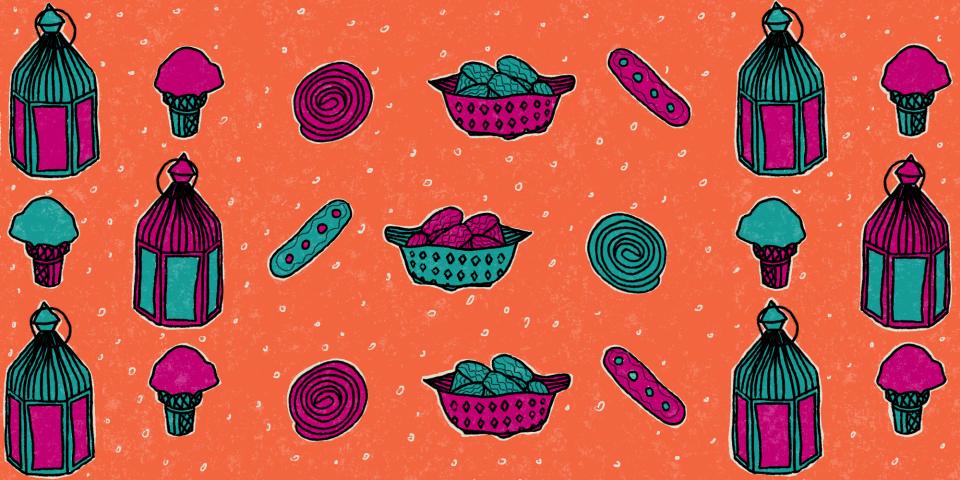 Ramadan Away: Looking for a Sense of Belonging Beyond Religiousness and Imposed Practices

I grew up in Gabes, a south-Tunisian town known for its oases and palm tree juice – Legmi: ironically both a signature Ramadan iftar drink, and the drunken chosen delicacy par excellence, once fermented. Gabes, like most Tunisian cities, and by extension also Arab cities with a Muslim majority, is a city that metamorphoses during the holy month of Ramadan.

Suddenly, people who have long been out of synch are finally able to relate to one another. People now share more than their preoccupation with their jobs and frequent pollution outbreaks.1 Everyone now eats at one specific time of the day. At exactly the same second, every single person drinks their first sip of water of the day. And then, almost everyone has their first of three (or five, or seven) dates.2

And then, everyone would start their three-course meal starting with a soup, a salad variation (green or Mechouia3) and the mighty Kouskous dish at least once a week. Not forgetting, the omnipresent fried or baked siders (Brik, Kefta, or Tajin). Even the most mundane of activities become instances of familiarity. Queues at Gabes finest Bechraoui, Becha, Sidi Boulbaba and other bakeries, become cordial social encounters with my father’s childhood friends, those who recognize my grandfather’s butcher shop or my uncle’s helpfulness at his municipality position. And for the evening Arabic coffee, there is a consensus on where to get your favorite delicacies of M’khareq and Z’labiya (مخارق وزلابية): the ever-jammed Patisserie Ouannan; near the piquant smells of the Henna souk spices by the Grand Mosque of Jara.

When you’re a woman, a whole new relationship starts forming with the first drops of blood out of your vagina: a relationship with God, with religion, and rules

Ramadan is all of that. And to me, it’s also the pre-sunset car rides with my father in the splendid Chenini oasis. It is 30 days of 3:00 AM family meals and 3:00 PM compulsory naps. A new relationship with the time of the day, no longer governed by the clock hours, but rather with the sun rising and setting. And finally, corniche walks with my mother, with an occasional ice-cream scoop from Patisserie Mondial, after a long day of fasting.

I don’t recall exactly when was the first time I fasted. I think it was at the age of 13, when I first got my period and became a fully developed woman, all ready to start paying her duties to God. When you’re a woman, a whole new relationship starts forming with the first drops of blood out of your vagina: a relationship with God, with religion, and rules. The very awakening of uterine functions, indicating the time for a form of self-discovery centered around a woman’s body, is also the time where all that focus is drawn towards being a good worshiper of God, a good member of the society and a good person in general, provided that this goodness is in harmony with society’s expectations.

It is noteworthy how this relationship could take different forms. Throughout the year, many average muslims don’t pay their religious duties with utter consistency, and they allow themselves the windows of indulgence in desires and capriciousness otherwise not allowed, otherwise considered haram. Until Ramadan unapologetically brings back faith and religion to the forefront of everyone’s daily lives, on its yearly grandiose visit. For women, that same relationship and its obligations are also put on hold during the bleeding days: no praying; no fasting.4 I remember having found many tricks around that rule: prolonging my period by two extra days, as a continued act of defiance. However, I could only be defiant in the secrecy of my home, and the company of other fellow bleeding-individuals. As a woman, if you eat in public during Ramadan, you risk telling the world what is happening with your body: bleeding. That is, aside from the scorn you face for this transgression in the first place.

Ramadan has by far been the most imposing, disruptive, and longest trigger for those re-examinations of my relationship with faith and tradition

I don’t recall the exact day I decided to stop fasting either. I think it was when the whole idea became irrelevant when I moved to Lebanon in 2016, and much of my previous world views began to change, prompting a re-imagining of a lot of relationships, including my relationship with faith, tradition, politics, identity, friendships and everything that those redefinitions entailed. Some relationships are obviously not easily processed. And they appear at random stages of our lives to ask us to re-examine them. Have you made peace with your evil childhood friend? Did you reconcile with the city that bore your bullies? Are you more comfortable with your physical appearance now, compared to before? Did you manage to build a kind of connection to faith that is beyond religiousness and imposed practices? Do you still fast now that you have moved away from your hometown and live in western(ized) cities?

Some re-examinations are more pressing than others, more persistent. Take my relationship with fasting, for example. Ramadan has by far been the most imposing, disruptive, and longest trigger for those re-examinations of my relationship with faith and tradition: 30 full days of constant not-so-kind reminders. To be fair, I was not pulled into a disruptive self-introspection to re-examine where I stand on fasting. Nor was I obliged to offer a public justification of why I do (or don’t do) what I do (or don’t). It’s just that the month hits me with a rather nostalgic sentiment. I experience a strange discomfort every time I see a social media post of people who (still) observe the month: the family get-togethers, the Iftar tables, and the Ramadan decoration. I even envy those who live in cities that still bear the Ramadan spirits I grew up with. In Ramadan, I am often faced with a sense of loss so strange and so particular to this month. It feels as though I was suddenly left out of a tradition I partook in for over 20 years of my life. Why would one’s decision to stop fasting result in their feeling of unbelonging to a community? And would their living abroad get in the way of maintaining some familiarity special to this month only? I still want to have a chocolate pudding for Suhoor, and trespass private oases with my father, steal the prunes and eat them at the Iftar table. I still want to be invited to big gatherings in Ramadan evenings, and I still want to go shopping for new Eid clothes in the second half of the month.

Why would one’s decision to stop fasting result in their feeling of unbelonging to a community?

Ramadan has long represented a yearly indication of community, collectiveness, and a special alteration of the physical space we once inhabited. Since all those aspects ceased to exist in my life first in Beirut, and now in Dubai, hanging on the thin thread of fasting became a desperate attempt to belong to a space and time that don’t resonate with my life at the moment: an individuated life, as my friend described it, oftentimes unrelatable and uprooted, as we move in between cities, leaving pieces of us behind. I confessed that to my sister and expressed the irrelevance of fasting to my context, and how I wish I did not feel such loss. In her attempts to alleviate that feeling and think with me on ways to preserve the little part that was left; what she called a “a thread to roots,” she suggested I host an Iftar for my friends, buy scents that remind me of the smell of Ramadan, and buy new clothes to celebrate the arrival of Eid, like I used to when I was a kid. I was convinced that any attempt to reproduce a tradition or perform any of its rituals alone away and in a city of malls and air-conditioned metro stations, was a desperate act of forcing a sense of belonging that was no longer. But, in the end, I promised her to cook me a meal or two and buy a ramadanesque lamp in the spirit of the month. I hope I can find one on Amazon!

Olfa Saadaoui is a full-time public sector strategy consultant and a sometime writer. She moved from Gabes, Tunisia, to Lebanon in 2016 where she lived for 5 years in Beirut, before relocating to Dubai, where she currently lives. She writes about cities, loss, identity and belonging, and all that falls in between. 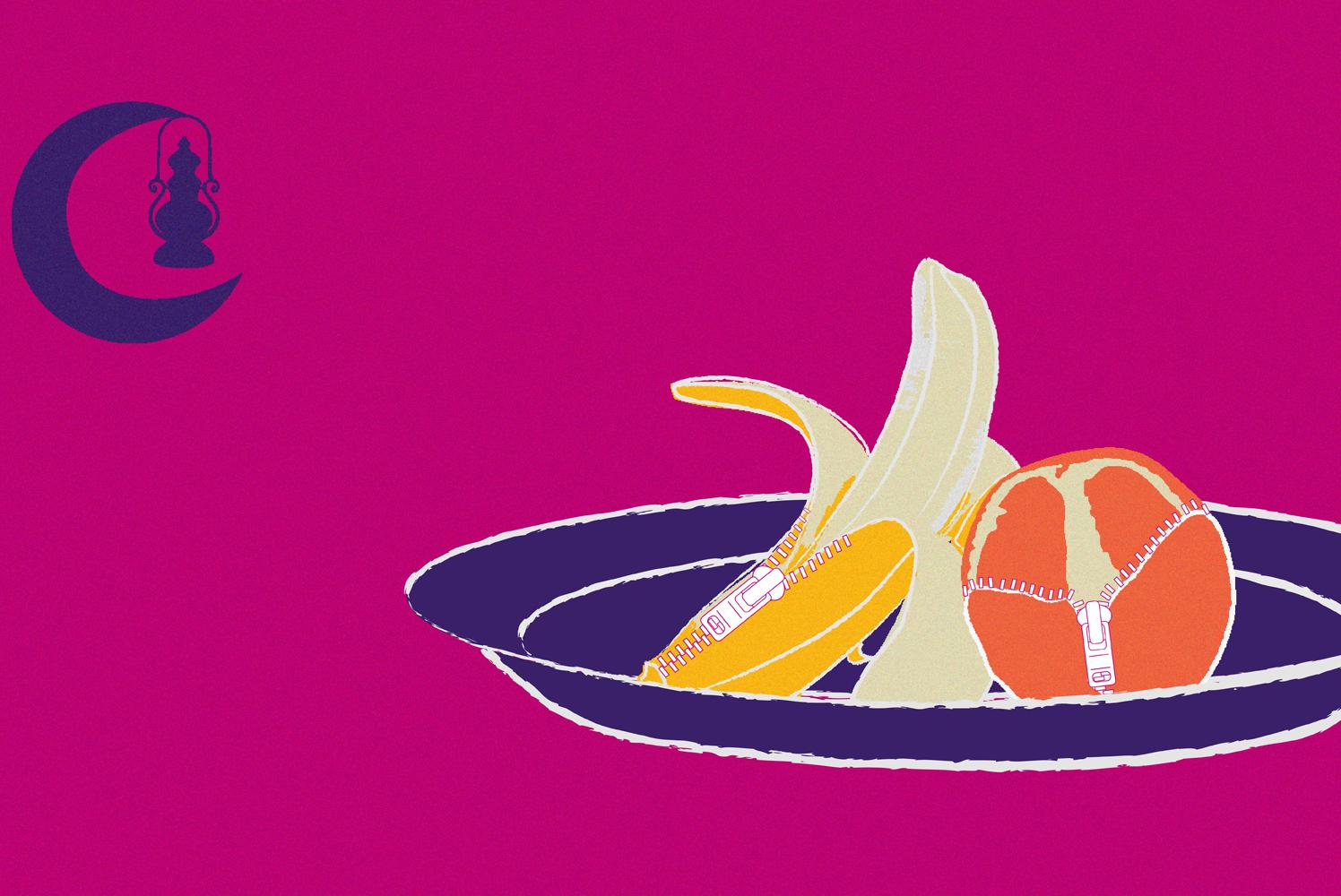 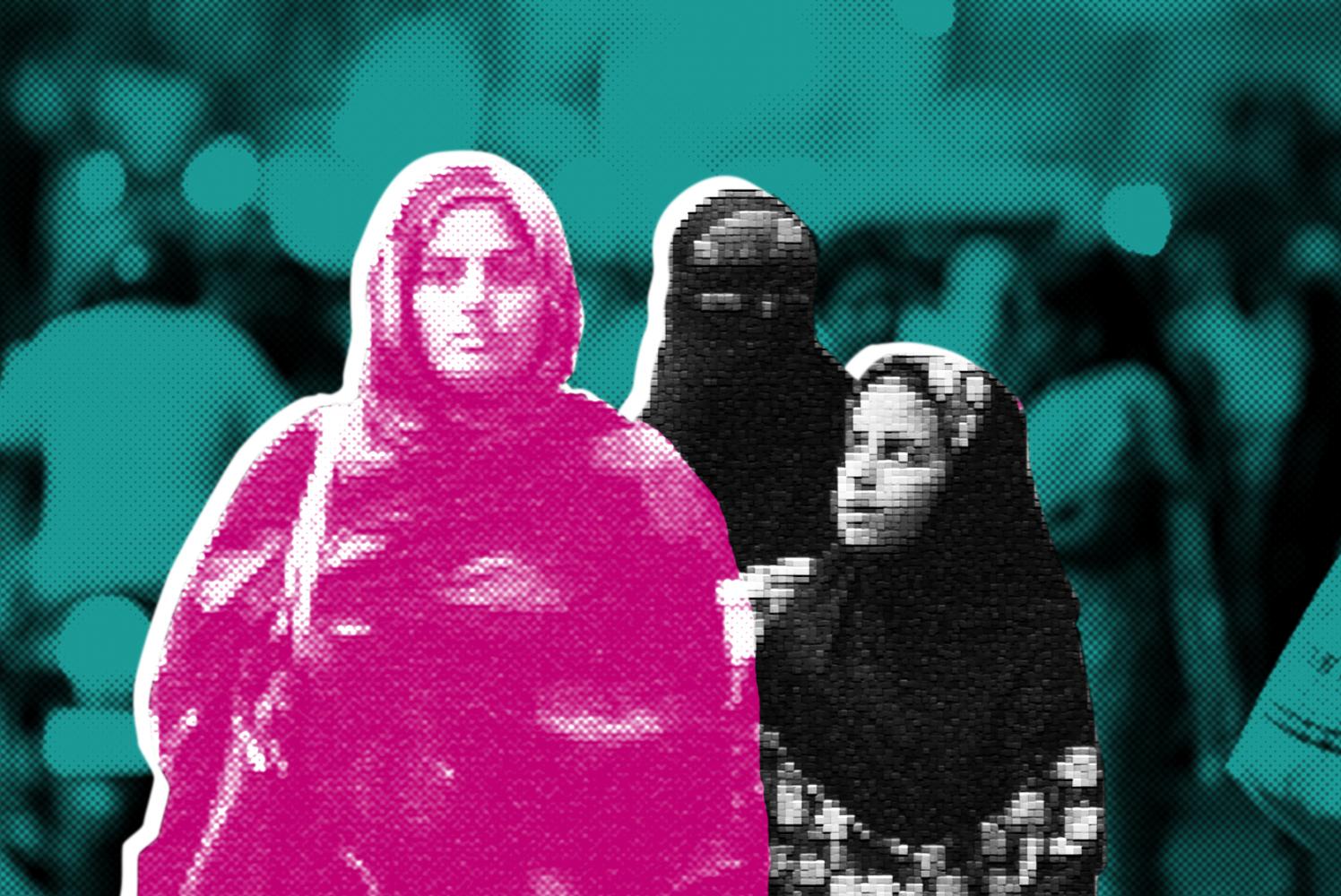